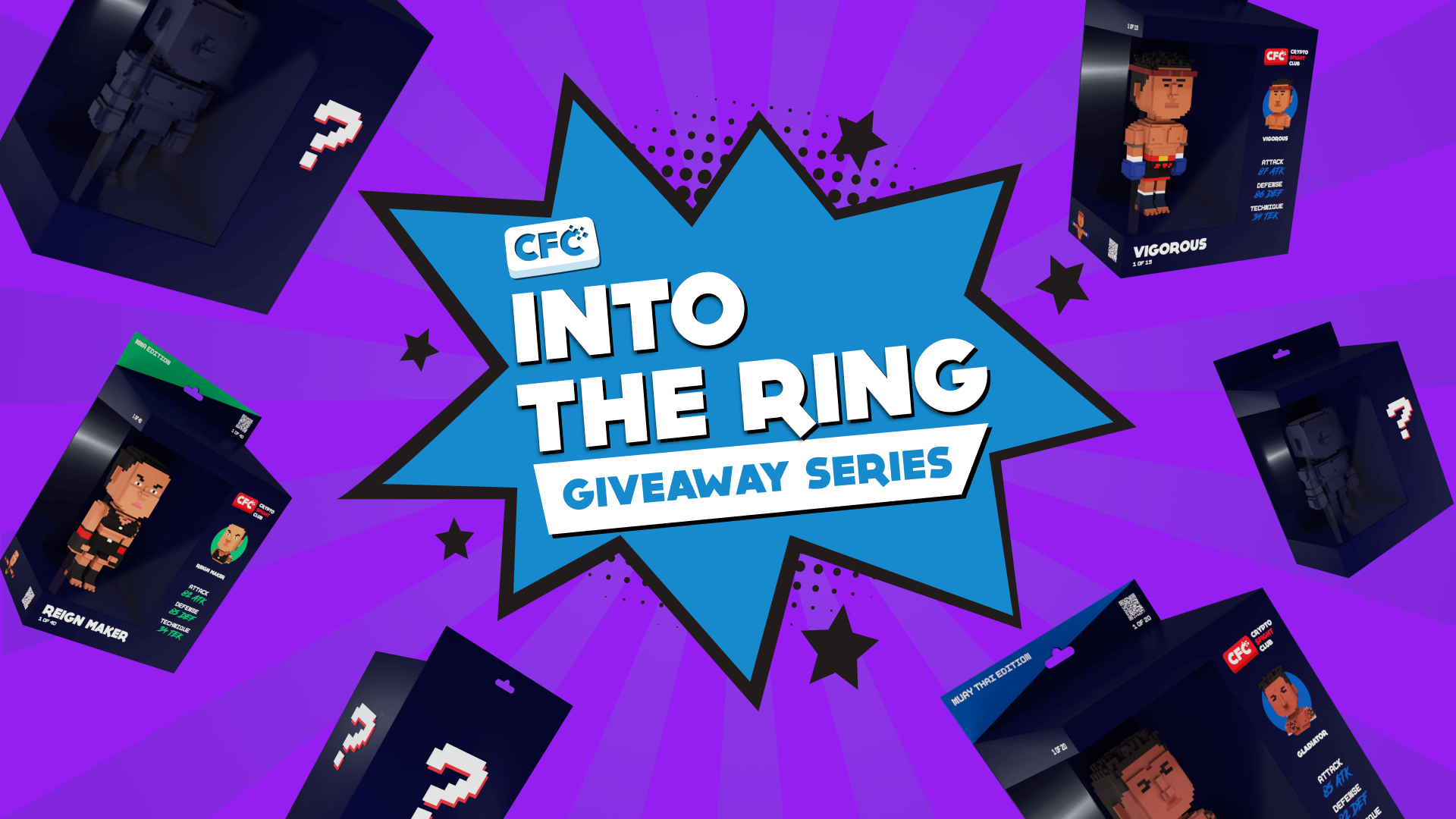 Announcing: CFC Into the Ring Series

The Crypto Fight Club team has been brainstorming behind the scenes since we sold out our first collection of 5,000 NFT fighters. We wanted to find out how we could engage those of you who don’t have a fighter, to share the joy of our game to those who have so far missed out.

In the process why not introduce cool projects designed to bring value to the existing community?

The fruits of our labor have culminated in the creation of the CFC Into the Ring Series.

We are going to be working alongside other projects as well as influencers in the space to launch fun events which will equally reward those inside and outside of our core community.

On offer is the chance to join the exclusive club without needing to procure an NFT fighter!

Right now, you buy an NFT which gives you access to all of its utility and information on upcoming developments. You can play, earn and receive yield on the fighter.

But we will be soon giving away NFT fighters on a semi-regular basis so even latecomers can gain total access to the platform and even hop into the ring with other communities.

Into the Ring will see these NFT giveaways among various other prizes as we open up the gates to other communities for different projects to get involved. Existing members of the CFC club will also be able to take part.

Missed a chance to mint before the final bell rings?

The driving force behind Into the Ring is to bring in people from other communities to engage with Crypto Fight Club and give them a chance to participate. We want to increase the number of unique NFT holders because our vision is a lively and thriving community.

Simply fulfill the tasks we set out — these will be on social media, through fun AMAs and other unique events on and off CFC  — and be in with a chance of bagging a fighter for the total cost of absolutely nothing.

Keep your eyes peeled for announcements for the next stage of Crypto Fight Club where anyone can be a winner.

And fighters new and old, prepare to step into the ring in the coming weeks.