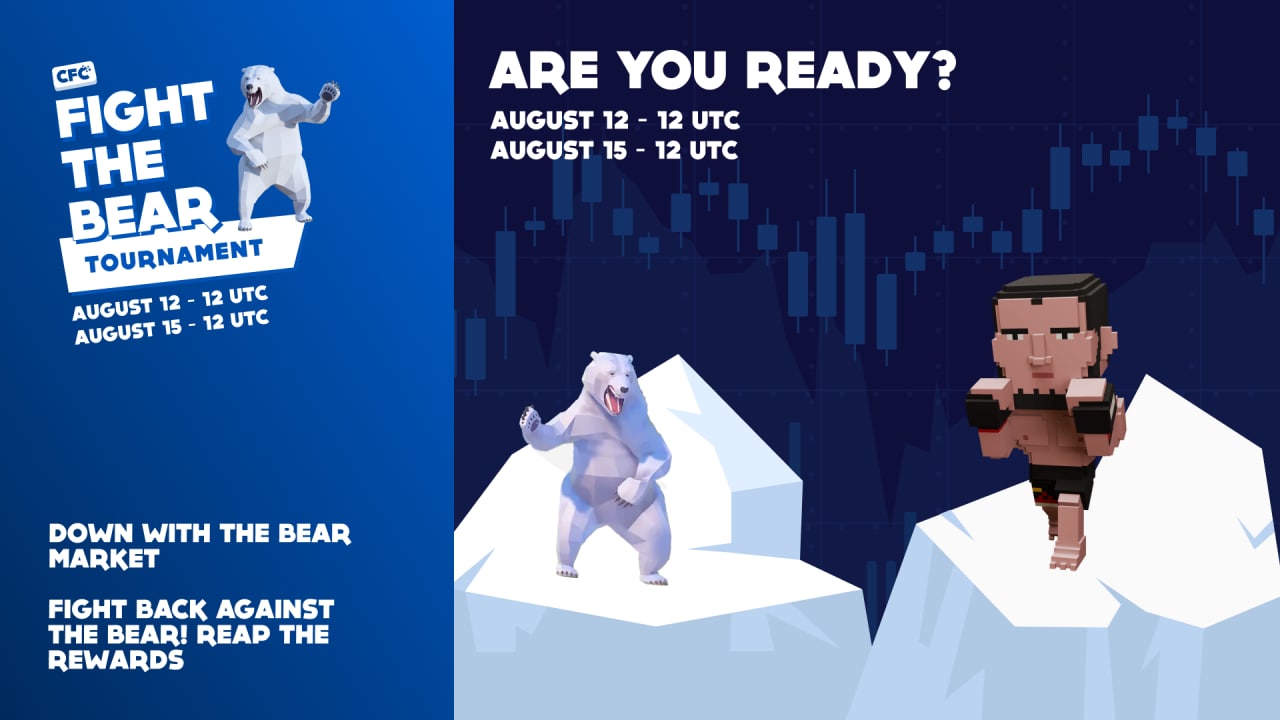 Are you ready to win big?

Enough time has passed for every fighter to establish themselves as Fight the Bear stalwarts capable of finishing these titanic carnivores without a second thought.

Now, between August 12-15, we are giving you the chance to compete and take home whopping $BUSD prizes and substantial Living Legend EXP and further prove yourself as the best of the rest.

The tournament will begin on the first day at 12pm UTC and end exactly three days later.

Our Chicken Run tournament was a smash hit and we hope to see as much excitement and engagement this time!

The entry conditions will be a little different from our previous tournament.

In order to successfully enter, you will need to post your screenshots daily inside of our #FTB-Tournament channel in the official Crypto Fight Club Discord.

Submit your top three runs daily. Submissions will be counted per Discord user, so you can run multiple NFTs to increase your chance of ranking as you have more runs to choose from to make up your top three for the day. Without a screenshot your entry will be invalid, so be sure to remember this step!

Entries will be tallied each day and your cumulative total over the three days will go towards selecting a winner.

We’re excited to give back to our loyal community of fighters and hope you’ve had as much fun pitting your NFT against the vicious bears which stalk the CFC platform. Ready up, it’s time to initiate full aggression on the bear market.