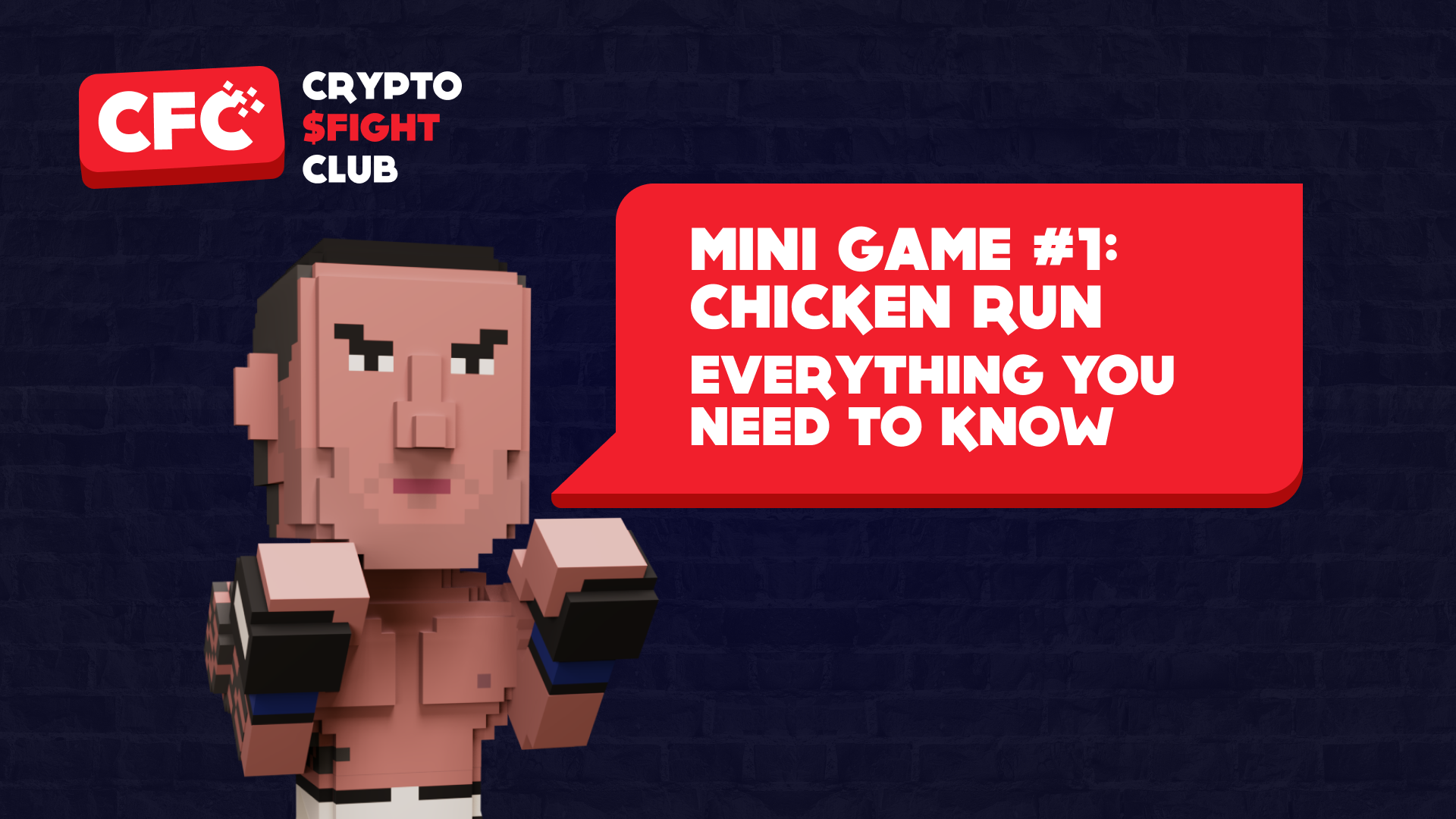 ‍
Here at Crypto Fight Club we are gearing up to launch the first mini-game on Monday January 17, available to play for all holders of NFT fighters on our platform. Let’s take a look inside the game and show what we have to offer.

Catch What You Can in 2 Minutes

Each game begins with a 120 second timer during which you have to chase chickens across the map and catch as many as you can before time’s up. You compete against other players who will try to out-maneuver you in a battle of mechanics and wit.

Power-up mushrooms can be found on the map and offer a 3x speed boost for 10 seconds as well as power jumps to launch your fighter faster across the map.

Be sure to choose your direction wisely, as chasing a flock of densely packed chickens may be a less wise option than skirting the map looking for easier picks with not as much competition.

Cryptocurrency prizes are the name of the game and those who stake their claim at the top of the daily leaderboard win $FIGHT. The daily ranking resets every 24 hours and rewards the top 10 players at day’s end, and they will receive tokens directly into their wallet.

Players can use a single NFT fighter to play Chicken Run 10 times in a day. Those with multiple fighters can play more times but this will not contribute to an aggregate ranking. Simply put, each NFT fighter will be individually ranked on the daily leaderboard. A total of 2,000 $FIGHT will be won by those in the top 10 starting from 500 $FIGHT for the first placed player and scaling down to $100 FIGHT for 8-10th places. This adds up to $60,000 $FIGHT up for grabs over the course of the month.

A global leaderboard will hold the results of your fighter’s lifetime achievements in the mini-game. At the end of the month, a snapshot of the final Top 10 will bestow a unique chicken NFT to these ranked players with the top 3 receiving 3,000, 2,000 and 1,000 $FIGHT respectively. After this, the leaderboard will reset.

here are the rules

Get your gloves, put on your fastest shoes, and lace up!

Details below on how the game operates and how to EARN. Remember first, you must burn to earn. Details can be found in an earlier blog post here: https://www.cryptofightclub.io/post/nft-2-0-staking-launch-are-live

Get Your NFT Fighter Now

If you’re new to Crypto Fight Club or have been holding off on minting your NFT fighter, you have a matter of weeks before we launch Chicken Run and give players the opportunity to earn tokens by playing the game.

We recommend using the MetaMask wallet in your browser, connecting it to the PancakeSwap exchange and importing the $FIGHT token using the following contract address:

All you need to do is buy 2,000 $FIGHT on PancakeSwap, connect your wallet to the Crypto Fight Club website and click Mint to open your mystery box with a random fighter inside.

Keep up to date with Crypto Fight Club in all of our communities and social channels.