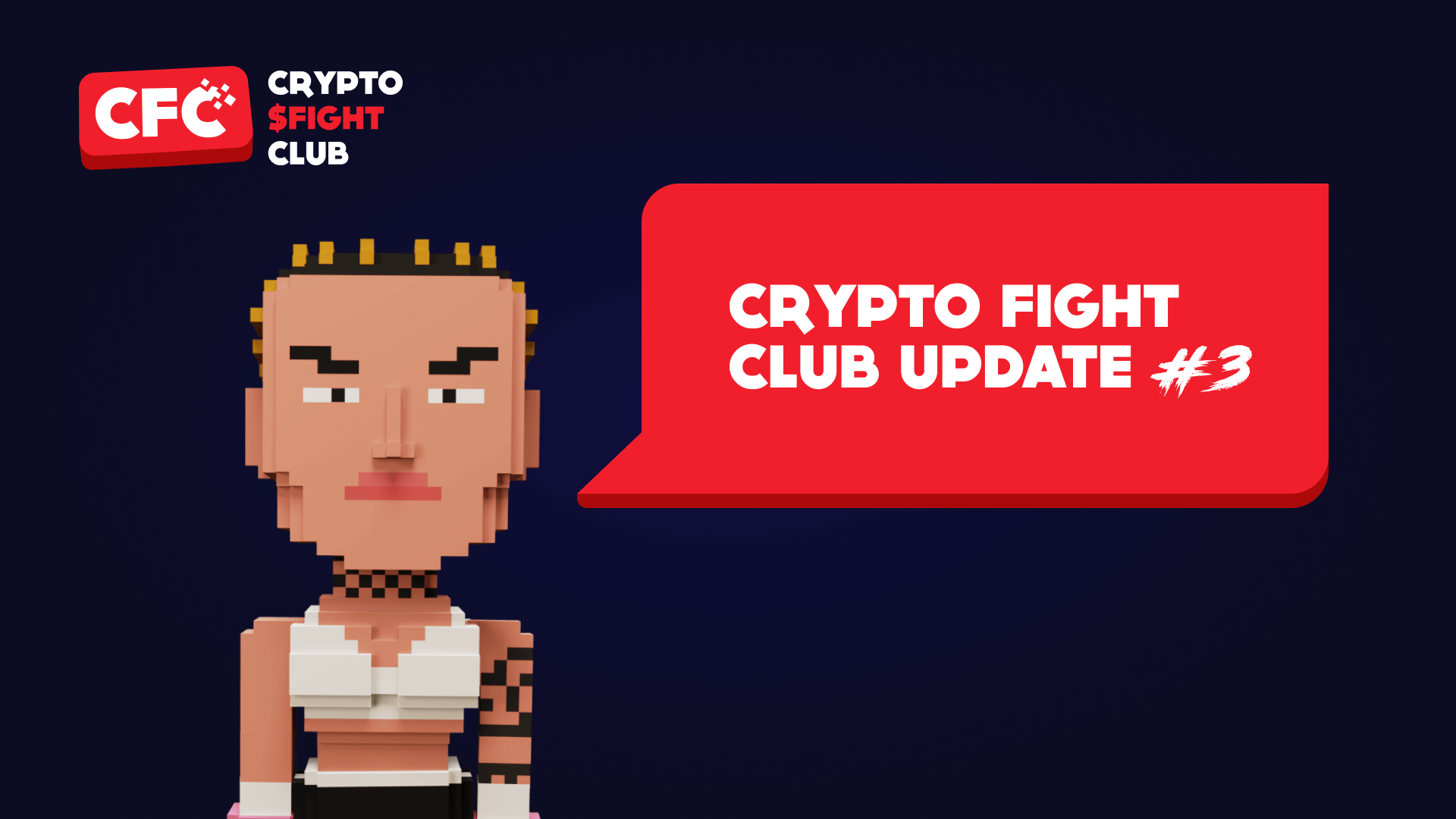 We’re here with another company update, excited to bring to you what’s been happening behind the scenes. Our development never ceases to stop and there are a few things to look forward to.

With one metaverse partnership (Tefarian Party) under our belt and three guilds working in tandem with Crypto Fight Club, we're forging ahead and creating new opportunities for players. We cannot emphasise enough: 4,500 NFTs minted is a solid return in a bear market and shows the faith gamers have shown in us.

9.1 million FIGHT has been burned so far which feeds into the ecosystem and remains a cornerstone of the CFC economy. This mechanism is what allows the platform to truly reward stakers and gamers with a view to create a solid, sustainable return on investment for users.

The club lending release was announced recently and provides a totally new way for people to experience the game. Loan out your NFTs for passive income, or take on someone else's fighter to earn token rewards without any of the capital outlay.

The backbone of Crypto Fight Club will be the metaverse and to this end we have begun designing our urban map for players to walk around and interact with other NFT fighter avatars.

Server migration is in the process of being built out as is the user interface (UI) design. We have finished a metaverse beta test and completed multiplayer and PvP functionality. We are moving ever closer to an expansive and all-inclusive metaverse where you can play, interact and earn.

Stay tuned in the next couple weeks to see how we’re getting on.

PvP mode will be the flagship game mode for Crypto Fight Club and we are consistently working on it in anticipation of a release at a later date. We can’t tell you exactly when, but rest assured our developers are already building the foundations.

Gym and level design are being polished and we are integrating characters to ensure everyone can bring their NFT fighter avatar to the world of player versus player.

The mini-metaverse that is Chicken Run has seen the addition of the Egypt level in recent times. Next gamers can enjoy the Moon and catch chickens in an impossibly atmospheric setting, on the moon.

We've seen x4 new daily players in recent days: this explosion is in part to organic growth and also to do with the guild partnerships we've made. Crypto Fight Club is more popular than ever and we'll continue to develop our model which is one of the highest earning play-to-earn games in the industry for time spent.

Mini-game #2 is coming soon, we’re just fine tuning the gameplay and environment to ensure we release something you will all want to play. Here's a sneak peek.

Those of you in the know will have heard we now have one UFC fighter (Mark Striegl) and three world champions as ambassadors. We're delighted to be working with fighters of such pedigree and they will continue to lend their name and prestige to our fighting game which embodies the spirit of the sport.

Two influential gyms, The Ring in Singapore and Elite Fight Club in Thailand, are also on a roster of official Crypto Fight Club partners. These are venues which sees a lot of new and established fighting talent come through their ranks, and are indeed home to worldwide superstars.

We'll continue walking the walk as well as talking a big fighting game. Our partners are on the journey with us.