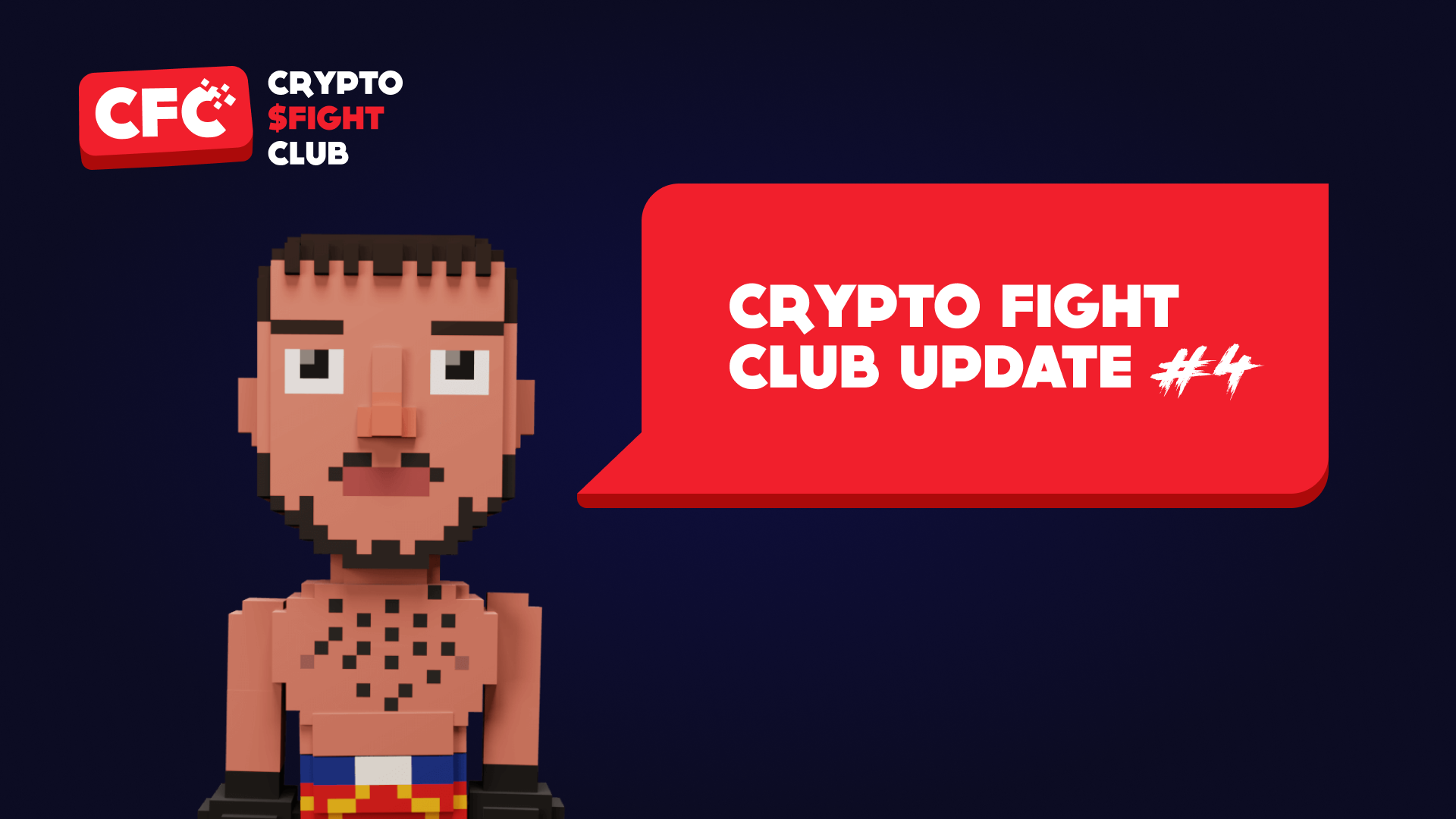 You fighters are long overdue an update about what we’re up to. Some development is racing ahead on near future deliveries while we simultaneously build out our longer term vision.

Are you ready to play Fight the Bear? Following its launch, we will be hosting a Chicken Run Tournament where players can compete to win prizes and cement themselves in the history of our first mini-game.

NFT holders will further have access to an early play test for Fight the Bear and get a first look at our next game mode. Before release, there will be an influencer stream of FtB which will continue on launch day. We hope you're as hyped as we are.

This is not a drill. We are designing the NFT wearables right now and fixing some tokenomics to make $FIGHT more attractive. The official CFC marketplace will be coming soon, where you can trade wearables and fighters freely using $FIGHT. We're only beginning to scratch the surface of what Crypto Fight Club has to offer its player base and are looking forward to giving you an economy worth fighting and earning for.

We want to reward gamers who apply their skill and invest time into the game. Being able to rank up will give another reason for you to play our awesome game modes. Be sure to catch the Crypto Fight Club internal AMA on Thursday where we will explain what this is all about.

Further details will be forthcoming!

We’re constantly tweaking Chicken Run to deliver the best gaming experience possible. The UI has been improved, we have implemented an Asia-based server to account for the explosive growth of players from the region and there is a brand new loading screen to please your eyes!

To solve sporadic user connectivity issues there’s now a new rule which will improve our bookkeeping: you can only start a new run after we have received your score.

Avoiding any confusion, currently the top NFTs in each game week will enter into a raffle with a chance to win an NFT chicken trophy.

Your feedback is paramount to our development process so keep talking and we’ll keep listening.

A fight mechanics overhaul means we have adjusted delays in order to improve gameplay.

Meanwhile, the UI and level design are 95% ready to go in the words of our developers. We’re edging ever closer to the launch of a second mini-game mode. Expect the release to come around the first week of June.

Stay tuned to our social channels for the game trailer which will arrive imminently!

For the flagship Fight Royale game mode, pitting players against other players, we have started importing the characters and adding core fight mechanics.

Fight Royale will exist inside the Metaverse, which this week saw server migration and preliminary bugs fixed.

The first generation of NFT wearables have almost been totally designed, we are now optimizing and progressing with exports. This will provide a completely new dimension to the game.

What to Look Forward to in The Longer Term

Our new website design is being prepared for company consolidation and Metaverse launch. We’re essentially tightening up everything in anticipation of the next phase of Crypto Fight Club.

A new UI and design system has been made to accommodate for: expansion of the app.cfc, more games at play.cfc, a marketplace for NFT fighters and assets such as wearables, and the minting of assets.

We’re also crafting a system for the implementation of secondary token $JUICE and fine tuning the tokenomics to ensure this will only enhance and boost the economy. Details on $JUICE will be announced soon.

And finally, we are building a new tutorial mini-game to create an onboarding experience to the Crypto Fight Club which puts everyone in full control of their own destiny. No one should have to join the CFC Metaverse without full knowledge of how to play and interact.