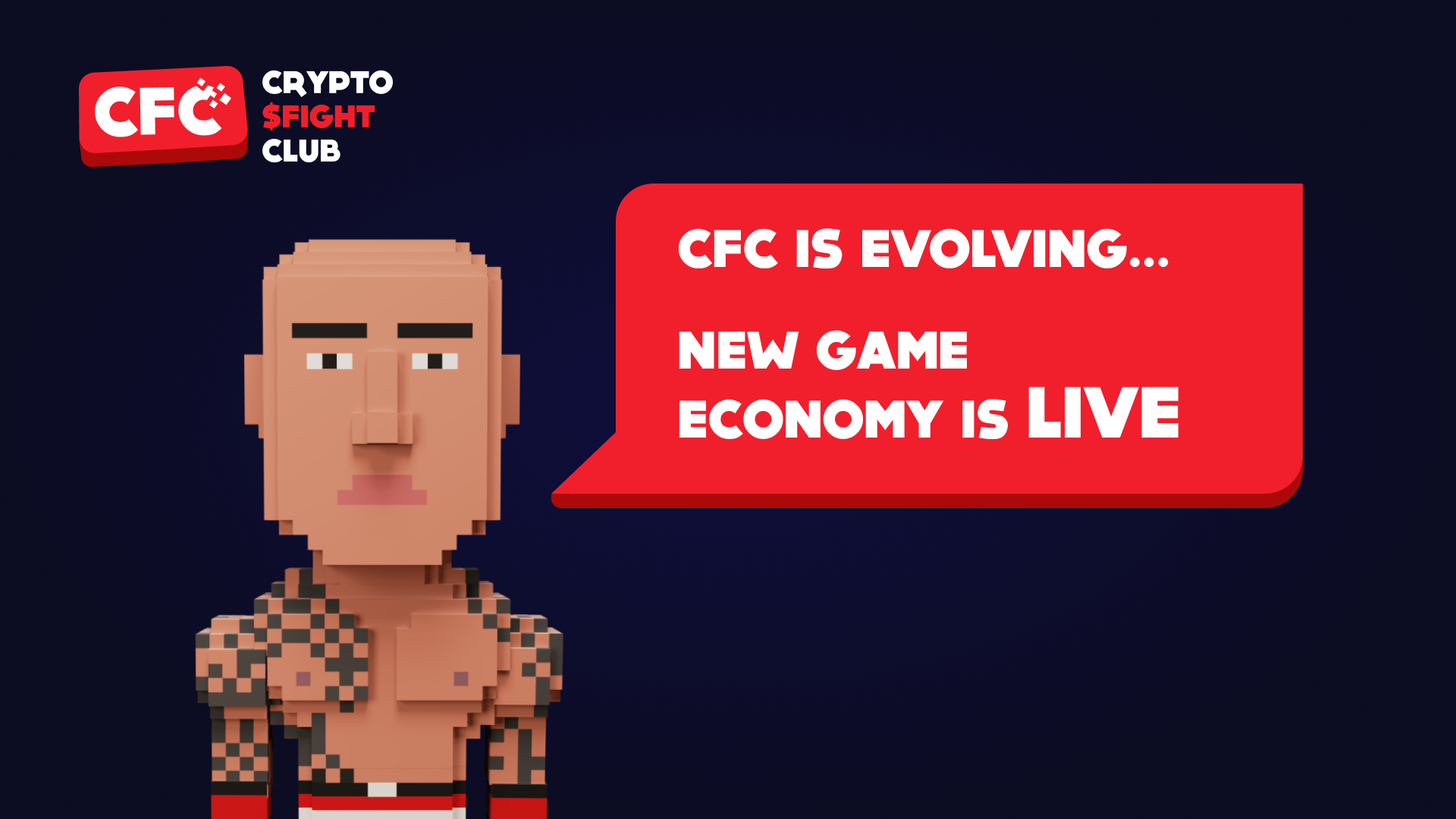 The Evolution of the Mini-Games Play-To-Earn Economy is Here.

With different games come different rewards. In an industry that is becoming saturated with play-to-earn games, it can be hard to find something new, exciting, and easy to get involved in.

The concept of earning whilst playing has quickly gained popularity for its unique take on the world of gaming. Rather than relying on in-game accomplishments or other non-fungible rewards, players actually earn real-world money through their participation in these games.

This has led to some impressive payouts for the top earners, but it also has brought rewards to masses of people for nothing more than their participation and time spent. It’s proven to be the newest and most enticing method of player retention in the last 2 years.

To this end, in the interest of making a game players want to return to, Crypto Fight Club is now taking a major pivot in its current game economy.

Currently, the top 10 players ranked on the leaderboards of Chicken Run are paid out in $FIGHT every 24 hours. This theory of limiting rewards was originally designed to enhance the competitive edge when playing for crypto. As of the writing of this piece, Chicken Run averages 100+ players daily with seasonal payouts of over 34,000 $FIGHT.

Introducing the newest play-to-earn system that sets Crypto Fight Club apart from the competition. With rewards and pools carrying up to 25,000+ $FIGHT every week (per season), ALL ‘Chicken Chasers’ and ‘Future Fighters’ can expect to earn a decent amount from their time spent in the mini-metaverses.

The barrier of entry, payout structure, and time spent chasing chickens is now designed to reward any and all users who play the game. You no longer have to rank in the top 10 to earn $FIGHT by playing Chicken Run - yet those who compete to be the best are still rewarded as the higher you rank, the more you earn.

The calculation of the new payout structure is as follows:

Simply put, rewards are calculated dynamically by the amount of players and chickens caught.

In this particular case, this means catching 50 chickens per round over a period of 10 rounds (20 minutes of play time total) would be equivalent to $16.66 at IDO price.

To eliminate the foreseeable pressure of the bag-dropping degens, the distribution schedule of game rewards has also been extended. Rewards will be dispersed to players once a week to everyone who participates rather than every 24 hours to the top 10 leaderboard champions.

The core focus of winning big was designed for those looking to climb to the top of the leaderboards. This competitive edge is not being disregarded, rather expanded for the remainder of the NFT holders that haven’t had a look in due to the dominant players hogging the top spots.

Not only are we expanding Chicken Run’s payouts to anyone who participates, we’re also opening up exciting community campaigns resulting in double-reward bonuses, XP (experience points) bonuses, and tournament modes.

This includes the following:

Stay tuned as new developments are constantly being implemented into Crypto Fight Club as we fine-tune the economics of a truly equitable and rewarding game.

The ability to deliver and incentivize future fighters to mint, play, and even stake is a constant battle. These obstacles have evolved into opportunities and we are excited to share them with everyone in our community. With that being said, Chicken Run alone is a flagship killer in the world of play-to-earn and no other game is rewarding you like us.

With the newest update to Crypto Fight Club, we ask you to continue following the #1 rule:

PS… Welcome to the concrete jungle.