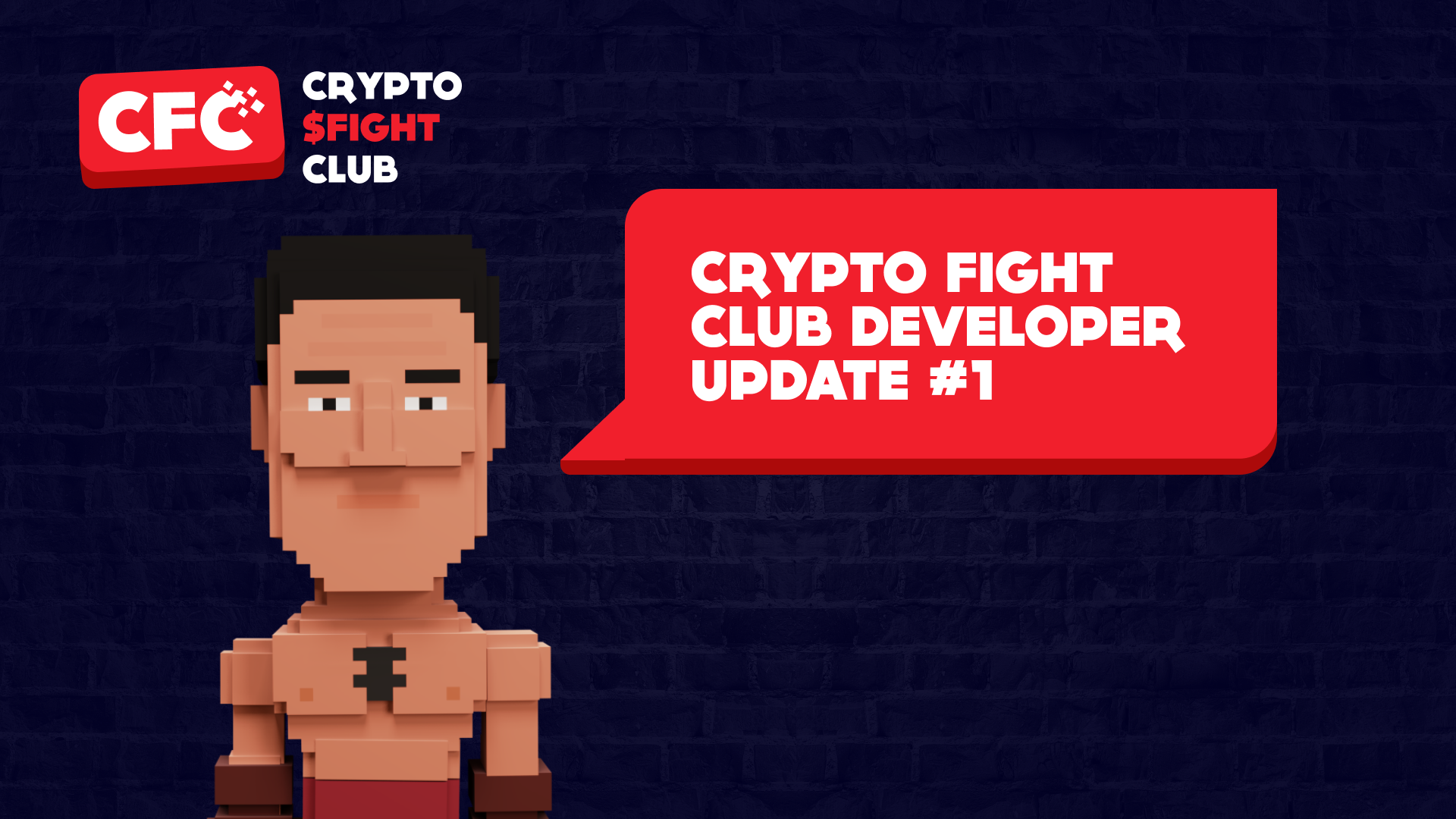 We’ve been hard at work to get Crypto Fight Club up and running in a browser near you. Your interest is much appreciated and we are dedicated to full transparency, so here’s an update on what has been going on behind the scenes in our building of a unique play2earn crypto game.

Over the last month we have completed all our smart contracts. To break this down, we have an NFT contract where users can mint their own NFTs by sacrificing or burning fight tokens. We do not make any money from this, instead the user chooses to burn tokens so they are taken out of circulation in exchange for an NFT.

We also finalized our staking contract to allow players to stake either $FIGHT or LP of $FIGHT into their NFT. It’s set up to allow multiple stakes on one NFT, which itself is an access pass to the annual reward pool of 10 million $FIGHT. This means there will only be 5,000 stakers initially and players will then have to wait until the next NFT drop.

Our vesting contract is ready to go and deals with the liquidity of $FIGHT for our team and advisors while providing adoption incentives and creating a distribution system for the aforementioned as well as VC investors. This distribution will be done through a smart contract.

Public distribution may be done manually as there will be too many addresses to put into the contracts and what you can put on-chain is limited.

Now the big one is the $FIGHT token contract: this passed internal testing on November 29 and fulfilled all of our requirements. We are in touch with a specialist company to get all our contracts audited and make sure our logic is watertight before it is released for public use. Hopefully this process will be finished by December 15 and Crypto Fight Club will obtain its certification.

Our frontend for minting, staking and the ‘my fighters’ page is mostly done with a few small fixes to work on before we can hook that to our backend. We’re on track to hit our targets and some small design and bug fixes aside, are ready for users to flock to the website and start playing.

The staking dashboard will launch right after the TGE so that users can do something with their NFT rather than just look at it. We are also working on our first minigame, which is planned for release at the beginning of next year.

You can play minigames with friends in multiplayer mode, and we’re pleased to release details of our first game: it will be a chasing chicken game, inspired by Muay Thai fighters in rural Thailand who chase chickens for cardio exercise.

So 4 chickens appear and then several players will compete to catch them in the same enclosure. A chicken respawns at the rate of once every 30 seconds, up to 6 extra chickens, with a total of 10 to be caught.

There will be weekly rewards for the players who make it to the top of the scoreboard. We plan to use chicken chase as a pilot for our other minigames which are currently in the works and assess how exactly we can create fun, whimsical yet immersive games for you to play in your downtime on Crypto Fight Club.

There are 100 fighter NFTs available and they all have their own stats: attack, defense and technique. If you stake inside of your NFT fighter for a year or more you will boost your stats 20% across the board.

Each fighter has its own rarity level that you can see on the box, for example the rarest will be 1 of 5 in existence and will have the best stats. Each NFT has a token ID which starts with 1 and goes up to 5,000 and shows how early or late you minted your NFT.

You could be the first person ever to mint a Crypto Fight Club NFT, so even if the fighter has low rarity it may have the token ID 1 because it is the first ever created. We intend for this to lead to a higher intrinsic value, especially when you consider how a longer stake period means more potential statistical increases.

Collectors may also see value in obtaining the first that were ever created regardless of how they do in the ring, while others focus on the rarest and best fighters.