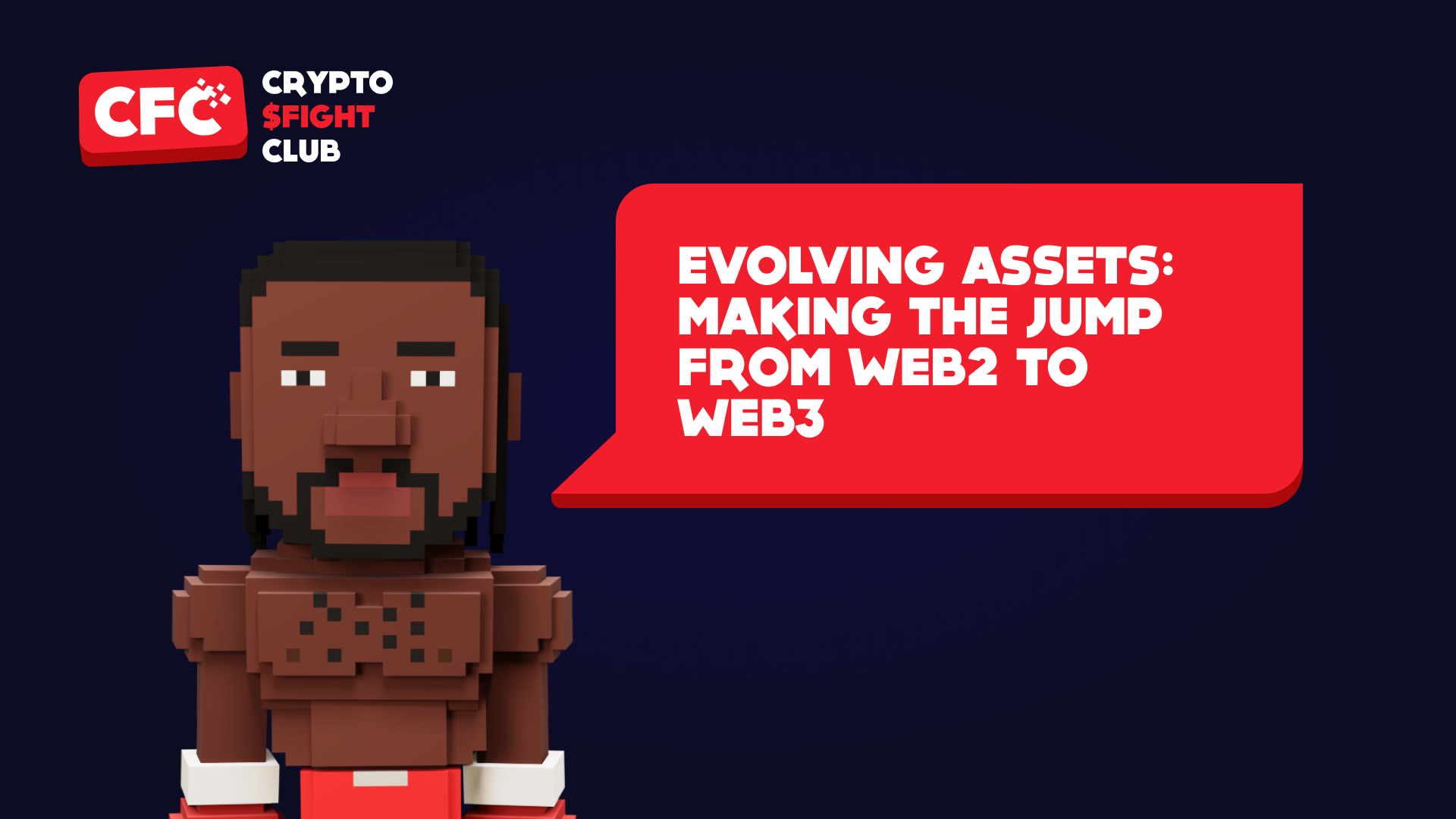 Evolving Assets: Making the Jump From Web2 to Web3

Web2 is a popular term inside the blockchain space, used to describe an era fervent crypto-heads desperately want to see the back of. Rightly or wrongly, it’s defined by the exploitation of personal data in order to fund the provision of products and services.

There is also a marked difference between the implementation of NFTs from Web2 to Web3. New functions have emerged, with it now possible to add dimensions to digital assets whereas before they were predominantly simple images.

Expanding the Role of NFTs

We can now understand NFTs in the context of Web3 as dynamic, evolving 3d assets with growing opportunities for interoperability of in-game items and characters. This is clearly a big win for the crypto gaming industry as players are now being offered tangible rewards not just with play-to-earn, but in enjoyment from their NFTs across many platforms (or metaverses).

Red-hot profile picture projects like Bored Ape Yacht Club are losing their sheen and the public is starting to notice that only a limited number of people are getting rich. Those behind BAYC have moved to pivot with the creation of the Otherside Metaverse, where land can be bought and sold while 3d avatar monkeys find a home inside something a little more interactive.

NFT land inside a metaverse marks a definitive step up for the project, and shows the range of opportunities for players and developers in the crypto space.

The irresistible rise of an open, 3d-immersive internet built on the blockchain is driving the development of metaverses. With a new era of how we connect, interact and play there comes the chance to build transparent and open ecosystems.

Skins and other cosmetics already exist on a host of gaming platforms. But they don’t really exist as the player’s property: being banned for whatever reason would mean the loss of all in-game assets.

When you own an NFT avatar, item or land it is immutably recorded on the blockchain and can always be transferred or sold no matter your ban status. Any game worth its salt will hand total ownership of NFTs to the user, as otherwise (and as is the case with Web2 digital assets in gaming) they never really belong to them.

Decentralized systems on gaming platforms bring potential for thriving economies based on player participation which are untouched by developers. Digital assets can be as valuable as the free market decides in Web3. Moreover, NFTs will become a vital part of gameplay.

The Future is Now

What we’re seeing now is just the beginning. The notion of NFTs is evolving, despite bad press, to become useful aspects of metaverses and platforms which might seep into the mainstream.

You can expect Meta to be at the forefront of delivering NFT functionality into the homes of the masses, but they are far from the only company with ambitious plans for a metaverse. We are going to see increasing numbers of projects aiming to ride the wave of Web3.

The upshot of all this? It could mean companies without a dependence on personal data emerge as new contenders in the space. Certainly, blockchain brings other ways to monetize a user base without exploiting them.

In an ideal world there will be multiple ways for users to turn a profit on their capital investment on NFTs. If we’re talking about a utopia, this will be as decentralized as possible.

Staking and play-to-earn on Crypto Fight Club fulfills both of these aspects, giving players a decentralized, dynamic on-platform economy which will only grow in scope as more features and game modes are released.