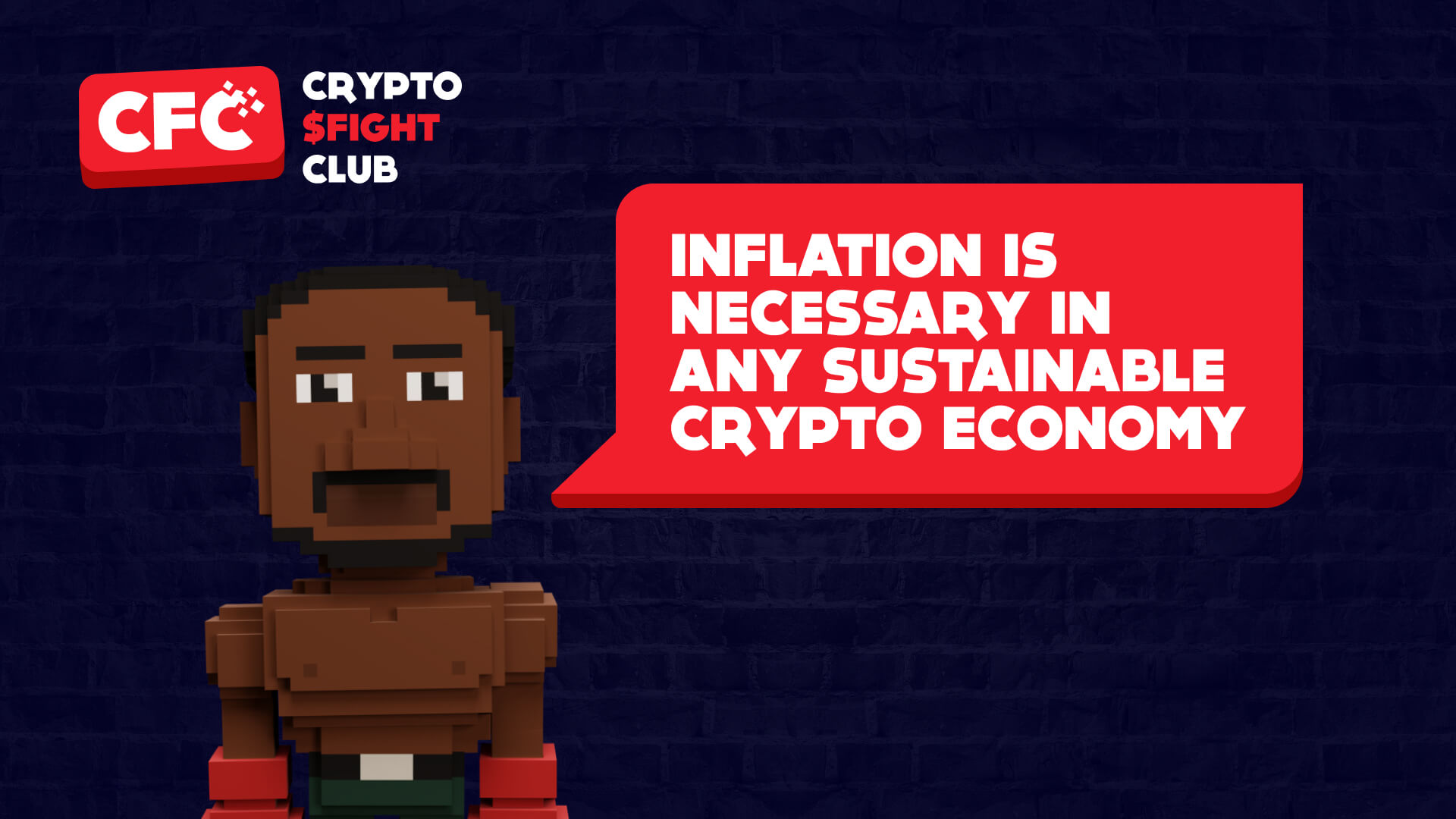 Inflation is necessary in any sustainable crypto economy

There are a range of reasons for why inflation is desirable in crypto with a unique opportunity to create built-in, measured increases to the total supply of a cryptocurrency. Any given digital economy will likely have some level of inflation as more currency is made available to the public.

Inflation is a function of the supply and demand for money and denotes the basic idea that more money in the pockets of the people leads to a rise in the general price level. In theory, this leads to more investment and is seen as a way to drive growth.

How inflation functions in crypto

In some cases, inflation is a by-product of new crypto being mined, forged or otherwise created by various mechanisms. Or it can be a set percentage of the total supply which is released as an incentive for users to stake or sacrifice their crypto with the promise of gains later on.

Theoretically the latter of these creates a stable economy which sees predictable growth and a reliable APY. By releasing a certain rate of tokens each year to participants in the economy there can be continual and sustained growth.

High percentage inflation rates are to be avoided in crypto as this creates unsustainable growth that is not mirrored by the actual function of the economy in question. Essentially, this fosters an environment where those who benefit from high inflation will distort the market and drive the prices up exponentially, quicker than the market can react and stabilize.

What makes a crypto economy stable?

As with any currency there needs to be an element of predictability with cryptocurrencies. Those who participate in the economy of a specific crypto need to know roughly how many coins there will be in circulation, both in the present and future.

But the economy for a cryptocurrency cannot stagnate and this is where inflation plays a crucial role. A token will fail to become valuable if it operates in a closed economy where the total supply never increases. Transactions must fuel an economy where NFTs and the currency itself are traded freely by users who have the prospect of a return on their investment.

Early adopters of a cryptocurrency need to be motivated to put their tokens back into the economy to ensure its longevity. Just holding your crypto is disincentivized, due to the rate of inflation and this encourages further investment with a view to maximize returns.

While the flagship crypto Bitcoin retains an element of mystery as to its inflation, which is at the whim of market forces, there is plenty of room for cryptocurrencies with more predictability at their core.

Instead of a wild variance in percentage increases in supply, some projects lay out for users exactly how much extra crypto will be available. Simply put, it doesn’t matter how many people are working to create more tokens. There is a set amount of additional tokens to be added to the economy and these will be equally distributed among users according to the rules of the game.

What this eliminates is uncertainty and further motivates an economy which is self-sustaining yet shows constant growth. If token holders can rely on a guaranteed return on their initial investment, they will hold greater confidence in the economy.