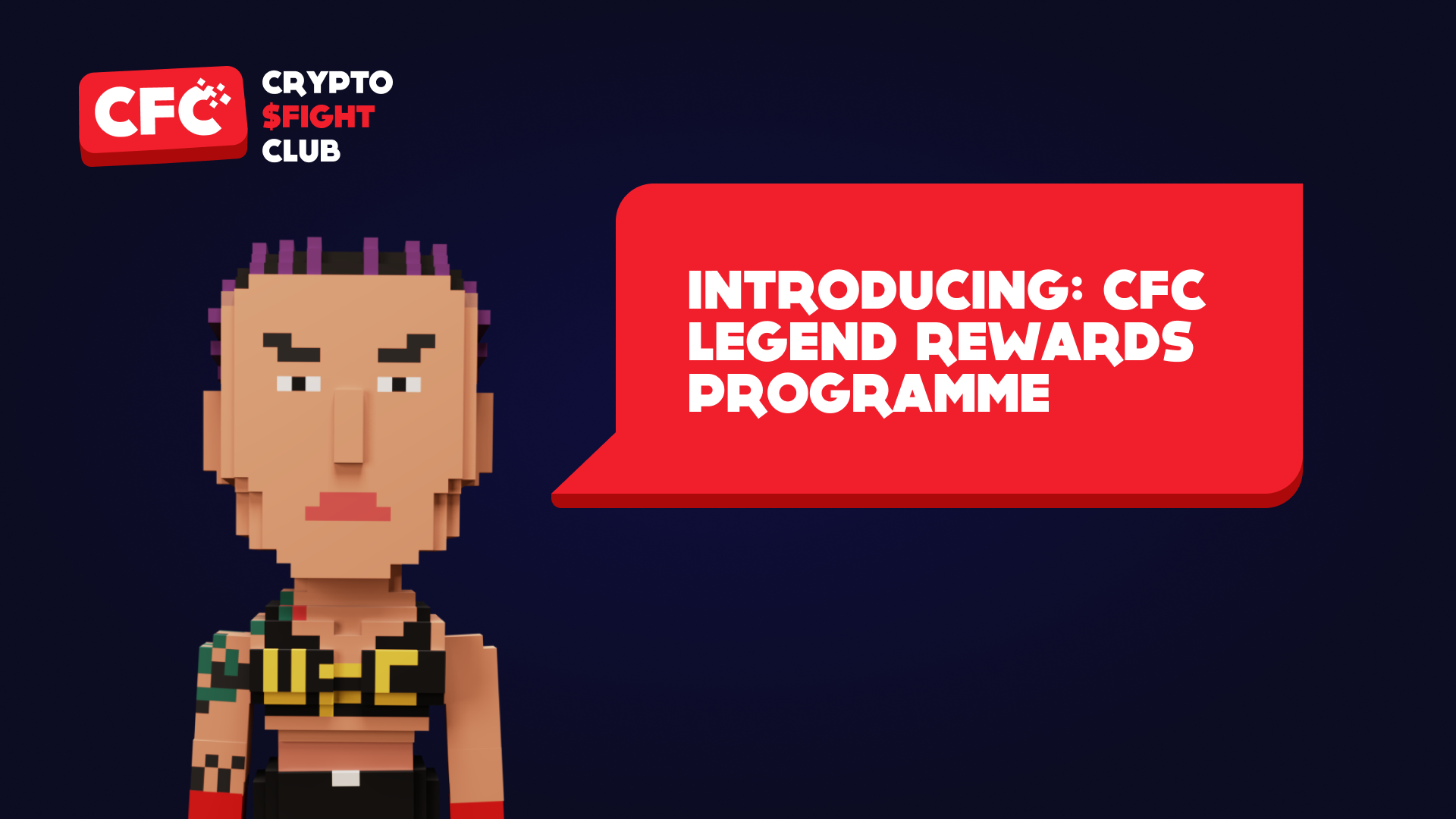 Want to be rewarded for playing while still earning tokens?

Consider yourself a cornerstone of the community?

Are you ready to become a Crypto Fight Club Legend?

If the answer to these questions is yes: in June, prepare to embark on a fighting journey through our available game modes and community to gain experience points to level up and win prizes.

You’re in with a chance of obtaining NFT wearables, whitelist spots for future drops, CFC merch and much more. Our biggest prizes are yet to be confirmed, but rest assured these will make you want to spend even more time on Crypto Fight Club.

How Will it Work?

Participation and engagement will be based off the ARCANE system on Discord.

Experience points will be distributed throughout the three months of the season: these can be gained through: attending AMAs, Twitter raids, playing games, chatting, among other interactions deemed worthy of EXP.

At the end of the season, all ranks earned will give the participant an entry into the raffle for the prizes. The higher your level, the more chances you have at winning something as you will be entered into the raffle for each rank up to the highest one you have.

The level of rewards increases for each rank, so someone who is at Legend will have the opportunity to win the highest reward available to our players. All those ranked at Legend will earn a permanent spot in the CFC Hall of Fame where they receive exclusive rewards and perks.

EXP resets after the season ends, so new and old members alike have an equal chance at becoming a Living Legend.

The Power is in Your Hands

The Living Legend rewards programme is designed to uplift loyal participants and give them what they deserve after supporting Crypto Fight Club through our first several months.

The possibilities are endless and will only be limited by how much time and effort is put in by our community members. Prepare for the fight, and work your way to the top to become a Living Legend on Crypto Fight Club.