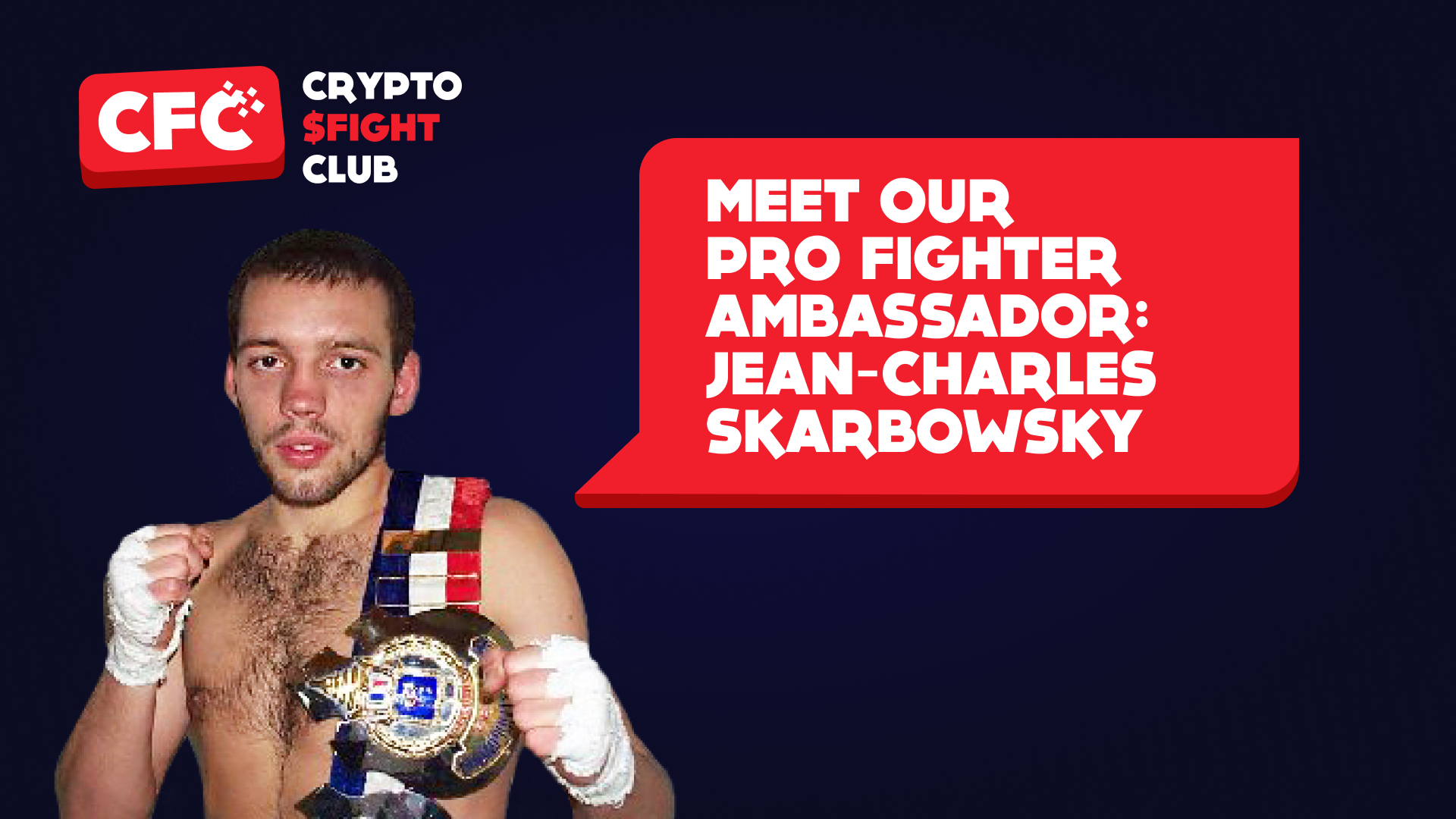 Skarbowsky is the one fighter all of us at Crypto Fight Club want to party with.

Described as a free thinker, the French legend hails from Paris but quickly took on a typical Thai fighter's lifestyle in Asia throughout his career.

There’s nothing more appealing to his legion of disciples than sitting at a bar and allowing his stream of consciousness to flow as freely as the hard liquor before he schools you in the ring. A real champion and athlete who now enjoys the finer things in life.

Jean-Charles is a three-time Muay Thai European champion and has been called one of the best French fighters to compete in Thailand. Indeed, he was twice ranked number one at Rajadamnern Stadium and was the first foreigner ever to achieve this. In the pursuit of peak athletic performance many fighters adopt a monk-like approach to their lifestyle. But our boy Skarbowsky does not compromise and the results show he never needed to.

Nowadays he can enjoy a few drinks before practice and effortlessly defeats distinguished fighters on three hours of sleep. The man is a machine, well-oiled and massively disciplined in the ring.

Skarbowsky has a track record of not listening to even well-intentioned advice: in 1997, he broke his right hand and was forced into a two year break. Doctors advised he would never return to professional fighting. Against all the odds, he made a successful return to the top level in 1999.

You just can’t replicate the genius of a savant fighter such as Skarbowsky as it transcends rigorous training schedules. Pick any alternate universe and his unique blend of toughness, grit, determination and raw skill makes him into a champion fighter every damn time.

Now a certified reality tv star and fighting coach, JCS subscribes to a very direct, straightforward system of respect. Meet him in the ring as an equal, and he will show his skill without trying to destroy you. Try to go hard and he will knock you out cold without a second thought.

This is why associates say fighting with him will be either the best or worst experience of your life.

Described as having a good heart, ‘The Tattooed Dragon’ is only fierce in the ring. This is why he commands respect: he gives it out in ample amounts. Success hasn’t changed him. In fact, he is the one who redefines success without compromising everything that makes life worth living.