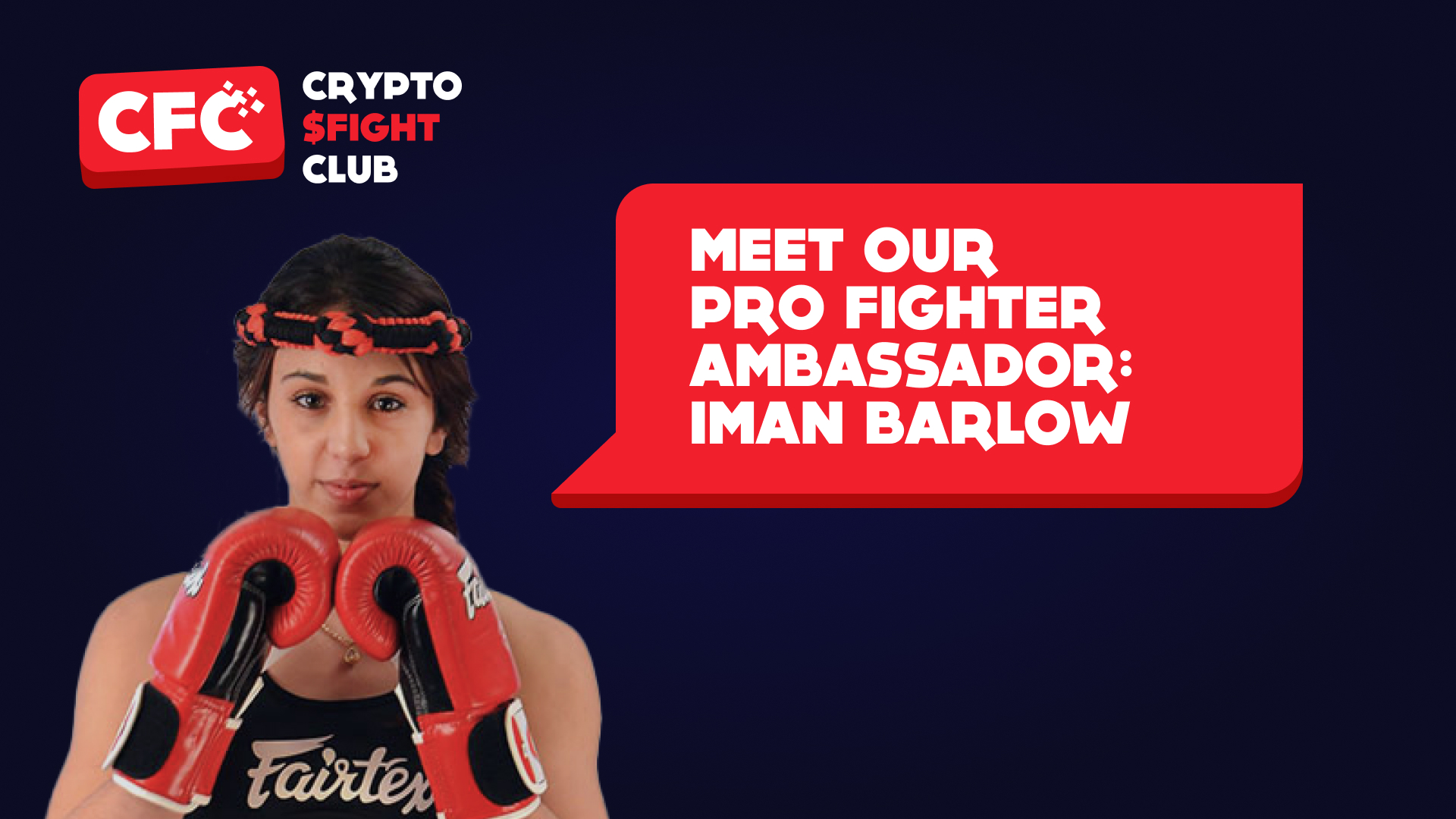 Here at Crypto Fight Club we don’t just talk a big game: the art of pro fighting runs deep into the essence of what we’re building. Our relationship with the fighting scene is one we have cultivated through the help of our network within the community.

Today we can reveal the first fighter to be officially affiliated with Crypto Fight Club and who will work with us going forward to create a community filled with aficionados and newcomers alike.

From unassuming beginnings in the market town of Melton Mowbray in Leicestershire, Iman has shown she is one of the finest fighters in her categories throughout a glittering career where she has also been the WRSA World champion, Lion Fight Super Bantamweight champion and the WPMF World Bantamweight champion.

Through these heady heights Iman has proved time and time again how much she knows about the disciplines she competes in and we are delighted to have her on board. A kickboxing record of 94 wins from 104 fights speaks for itself and underlines her pedigree as a true champion.

Iman Barlow started her Muay Thai journey at the age of 4 and had 100 junior fights under her belt before she turned professional. Crypto Fight Club takes heavy inspiration from Muay Thai and having someone with Iman’s profile on our team helps bring us closer to the goal of raising the profile of the martial art in the public consciousness.

She didn’t chase chickens (as rural Muay Thai fighters in Thailand often do, to train cardio) like the fighters on CFC can do right now in our inaugural mini-game, Chicken Run, but instead found her feet training with both of her parents with a view to work harder than anyone else to become among the best in the world.

Iman was fighting in Thailand by the age of 12 and has never stopped training in her pursuit of glory. We think the results speak for themselves, and count ourselves lucky to have her as an official ambassador of Crypto Fight Club.