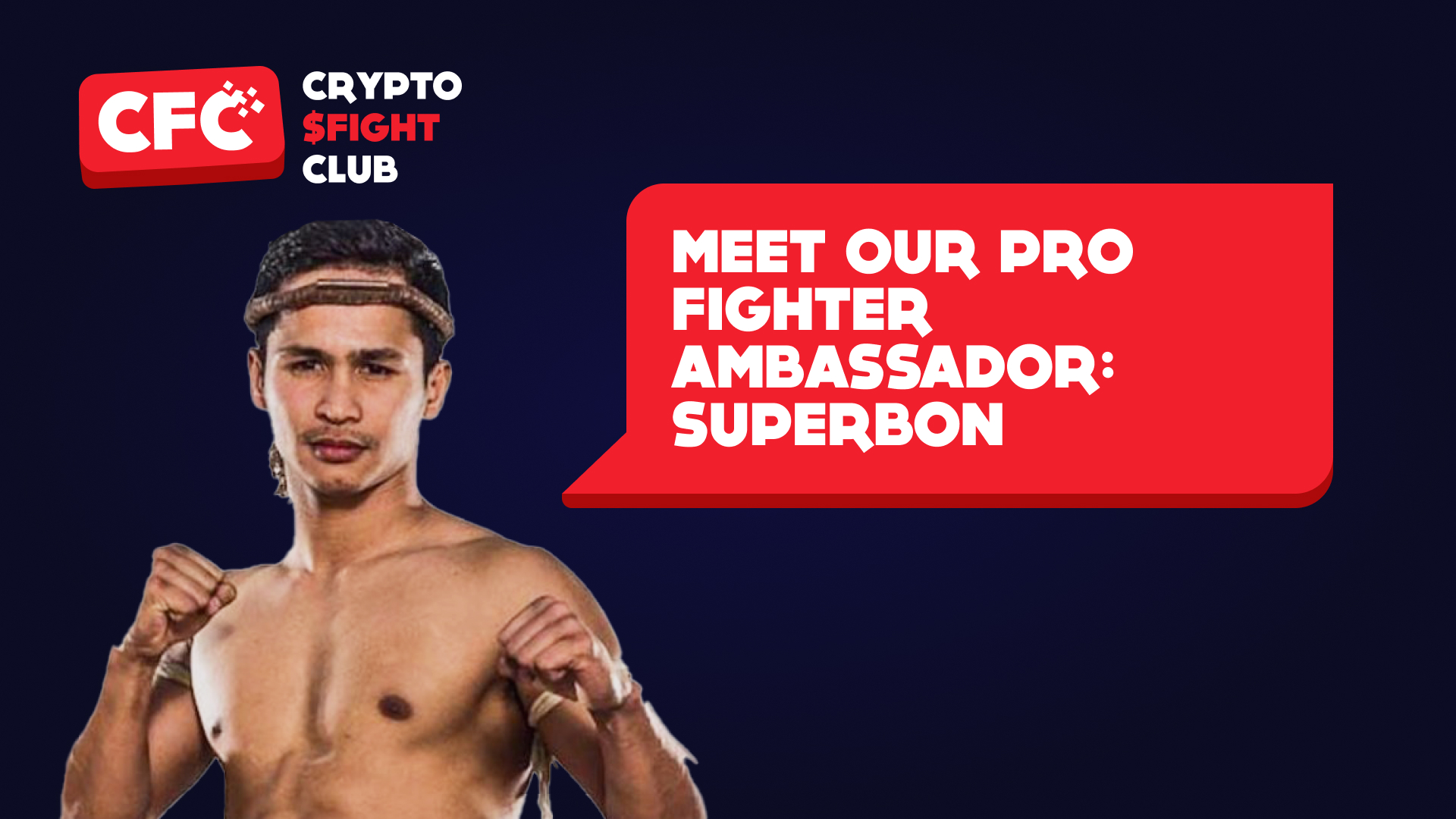 Our final pro fighter ambassador is a household name and many will recognize Superbon Banchamek as one of the best stand up fighters on the planet.

A storied Muay Thai kickboxer fighting out of Bangkok, he is the current kickboxing world champion signed to ONE Championship and is the inaugural and reigning ONE Featherweight kickboxing World Champion.

Some years ago in 2016 he was the Kunlun Fight World Max Tournament Champion.

Superbon is serious business: he embodies the fighting spirit needed for any player to make themselves a roaring success on Crypto Fight Club.

Confidence in the Fight

As of the end of 2021, Combat Press ranked Superbon as the #1 lightweight and #1 pound for pound kickboxer in the world. Simply put, no one is as dominant as him in his class in the current fighting scene.

Superbon has built a reputation as a relaxed, focused and no-nonsense fighter who handles the media with honest, short answers as to his confidence in his ability to succeed.

He bounced back from setbacks in previous tournaments in 2017 to prove to the world why he is one of the best, if not the very best (to which he holds a strong claim).

Crypto Fight Club is not all talk: our team is full of enthusiastic fighting fans who venerate the champion fighters we have been put in touch with. Superbon represents the apex CFC fighter ambassador in that he is a champion fighting out of Bangkok, the epicenter of Muay Thai.

With a record of 112 wins from 146 fights, Superbon’s fighting pedigree speaks for itself.

This is why we are so delighted to have a world champion fighter join the ranks of Crypto Fight Club and support our goal of creating the premier crypto fighting game.

We hope to emulate the success of Superbon with CFC which is well thought out and mechanically superior to most, just like with Superbon’s own fighting style.