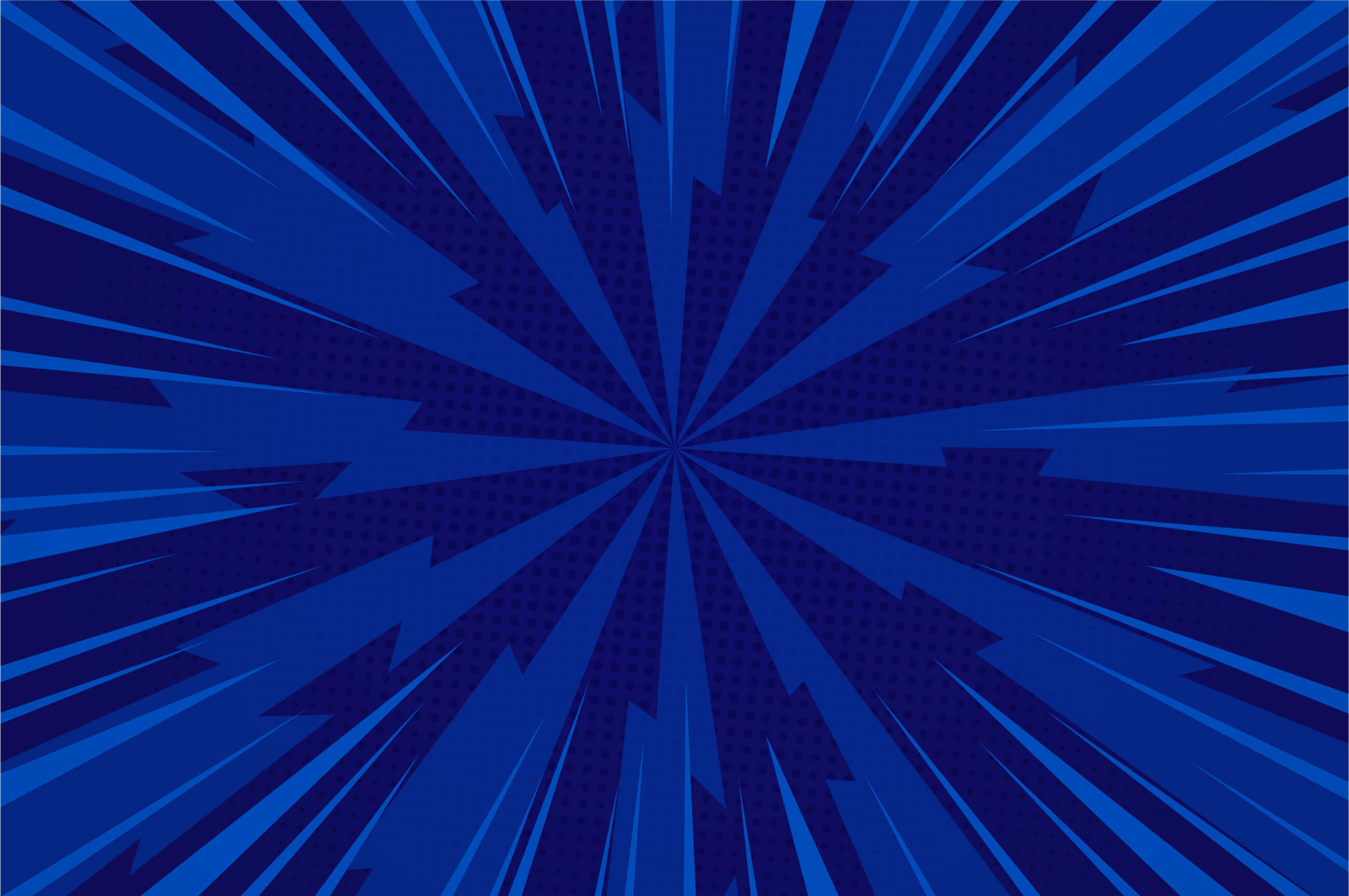 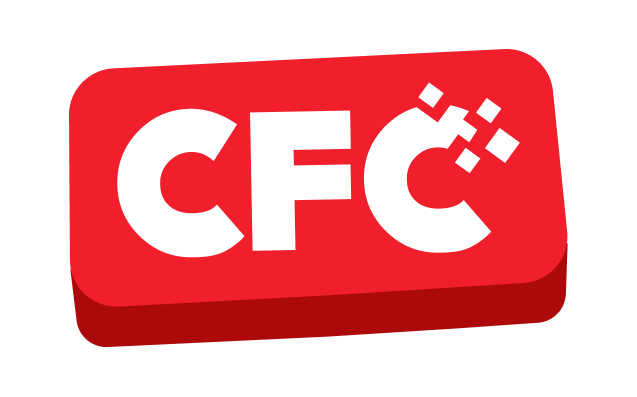 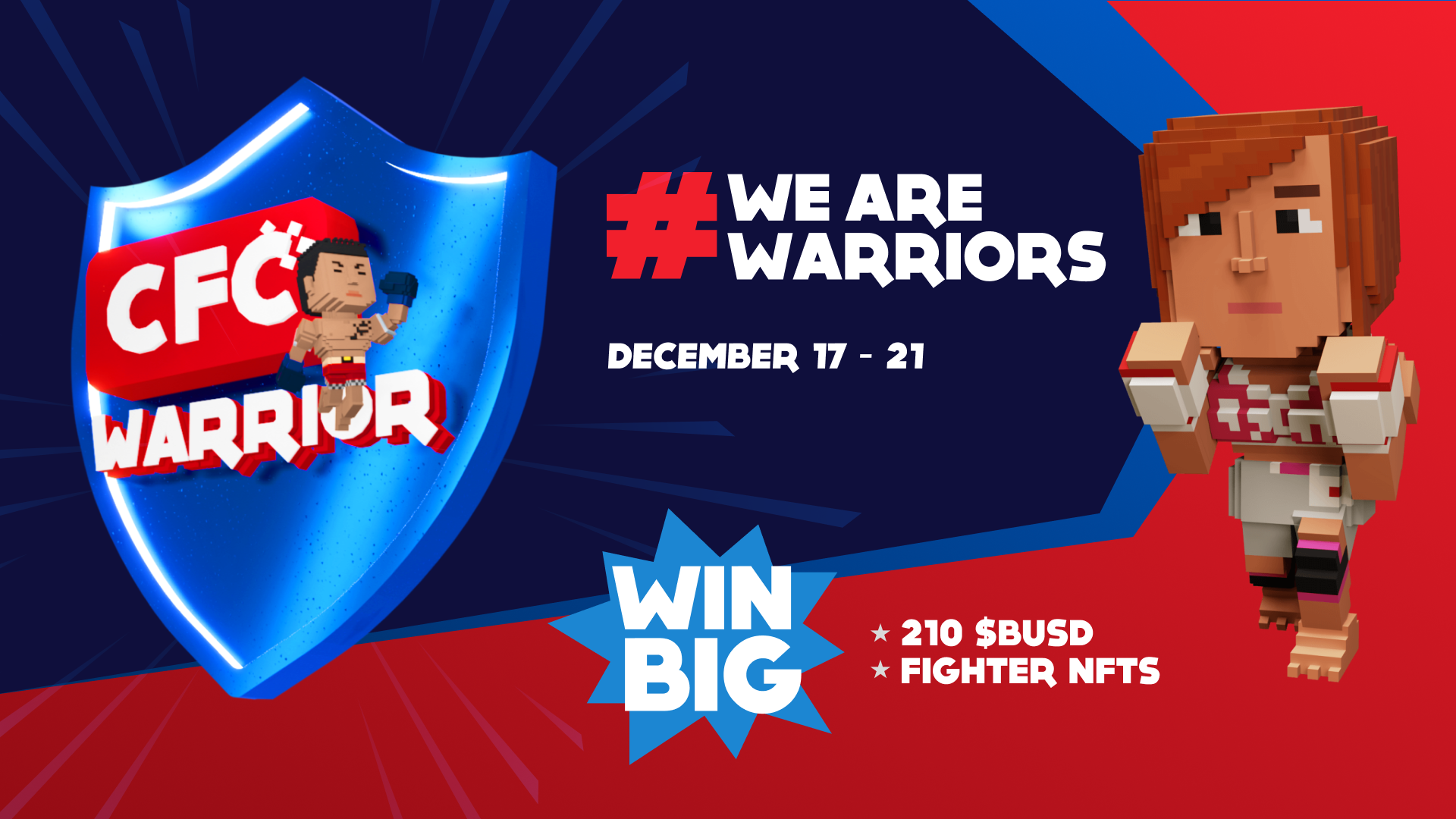 You can also grab your free mint NFT right now. This is not a drill.

Crypto cash prizes, NFTs and whitelist spots are all up for grabs in our new campaign #WeAreWarriors. That’s right, we’re giving away 210 $BUSD and four NFTs.

We wanted to celebrate the launch of CFC Warrior, and help players make the most of our free mint. More people now have access to Crypto Fight Club than ever before, and yes, those with a free mint NFT can join in this campaign! Get yours now if you haven’t already. All you have to do is go to https://app.cryptofightclub.io/ and link your email by clicking ‘login’.

#WeAreWarriors will run through December 17 to December 21.

CFC Warrior will not be a standard paid game until the 26th, after which $JUICE will be implemented. Events will however fill the gap so keep your eyes peeled.

We hope this marks a new era of Crypto Fight Club as we continue to ship later stage elements of a badass, fighting-inspired gaming experience for our loyal community as well as new entrants. Evolution is key to any adaptive project in the space, and we bring this into our design philosophy.

All that aside, you’re probably keen to find out how to get involved and secure the bag. Well, read on.

Once you have posted your screenshot in reply, you are automatically entered into the competition.

We will close the bounties twice daily: 3 AM UTC and 12 PM UTC.

Check back to make sure you receive your OG Warrior Discord role!

This #WeAreWarriors badge NFT gained exclusively through Galxe is an NFT, time gated to earn and with true future utility after planned updates. Right now, we will just use it to verify and select a winner.

In terms of the skill-based element of the campaign: the highest score will confer upon the player a whopping 100 $BUSD and a Gen 1 CFC NFT. 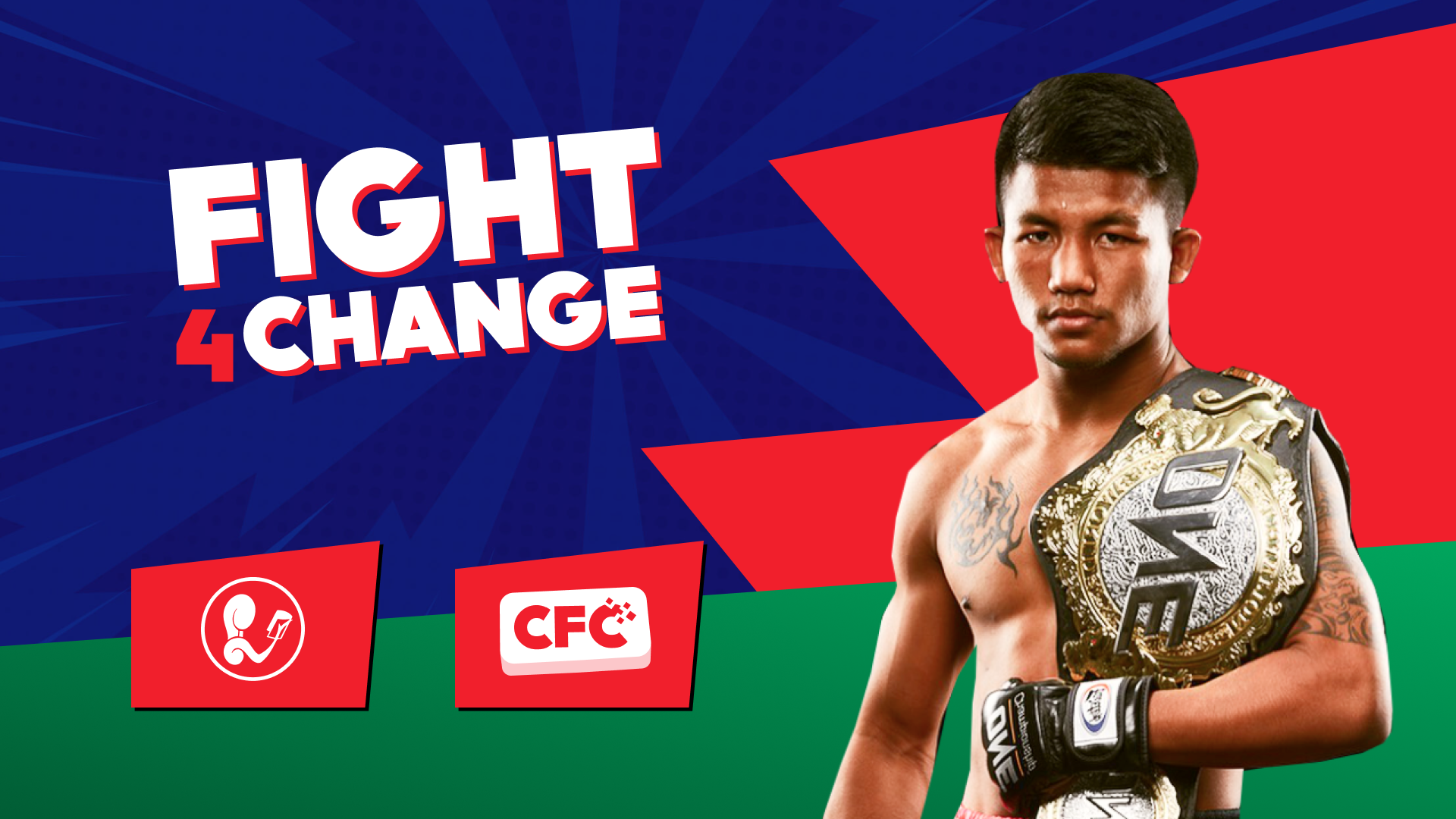 You can help children in need by entering this raffle. 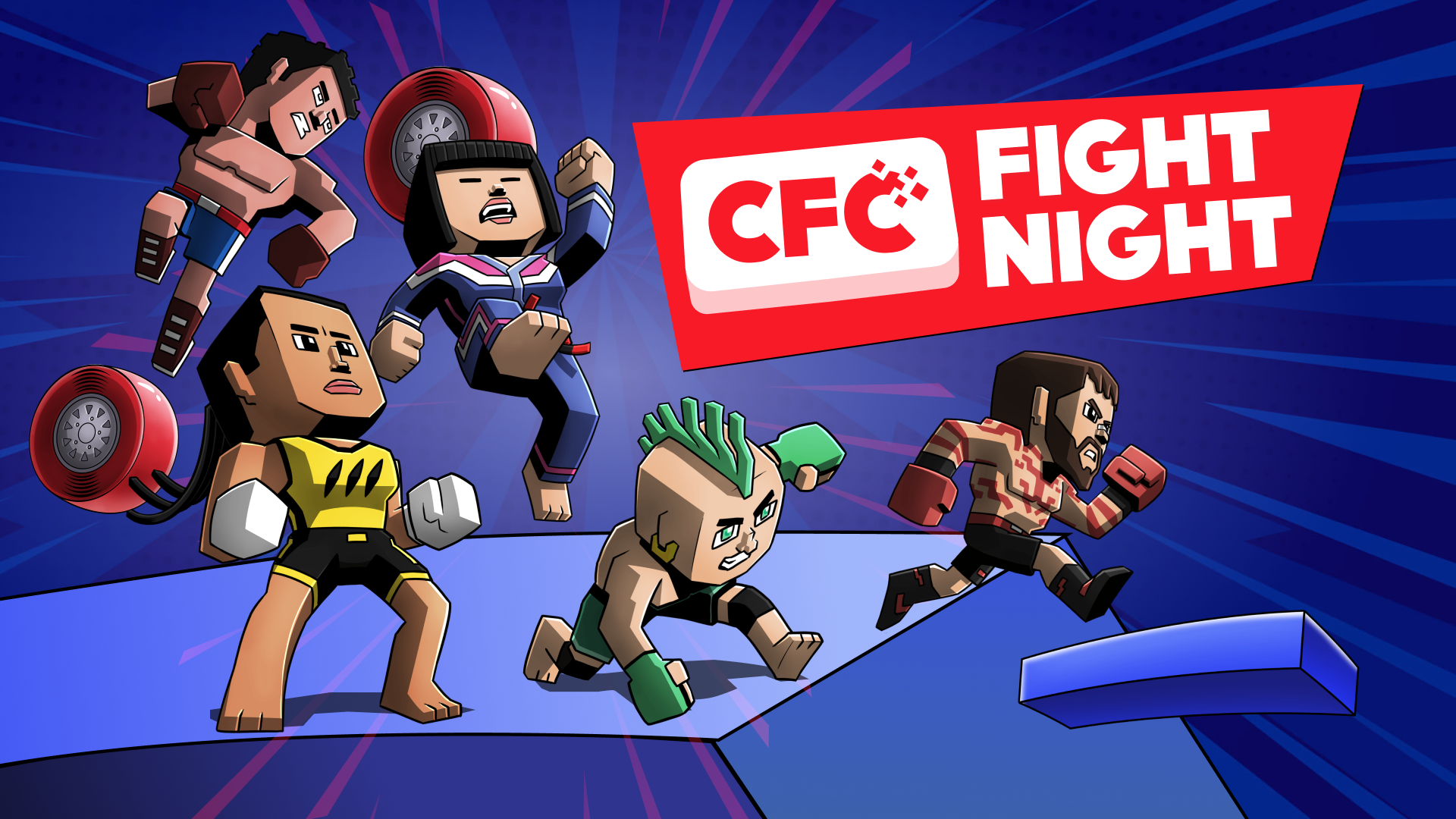 Prepare for the Biggest Ever CFC Tournament

Prepare for the biggest tournament in CFC history. 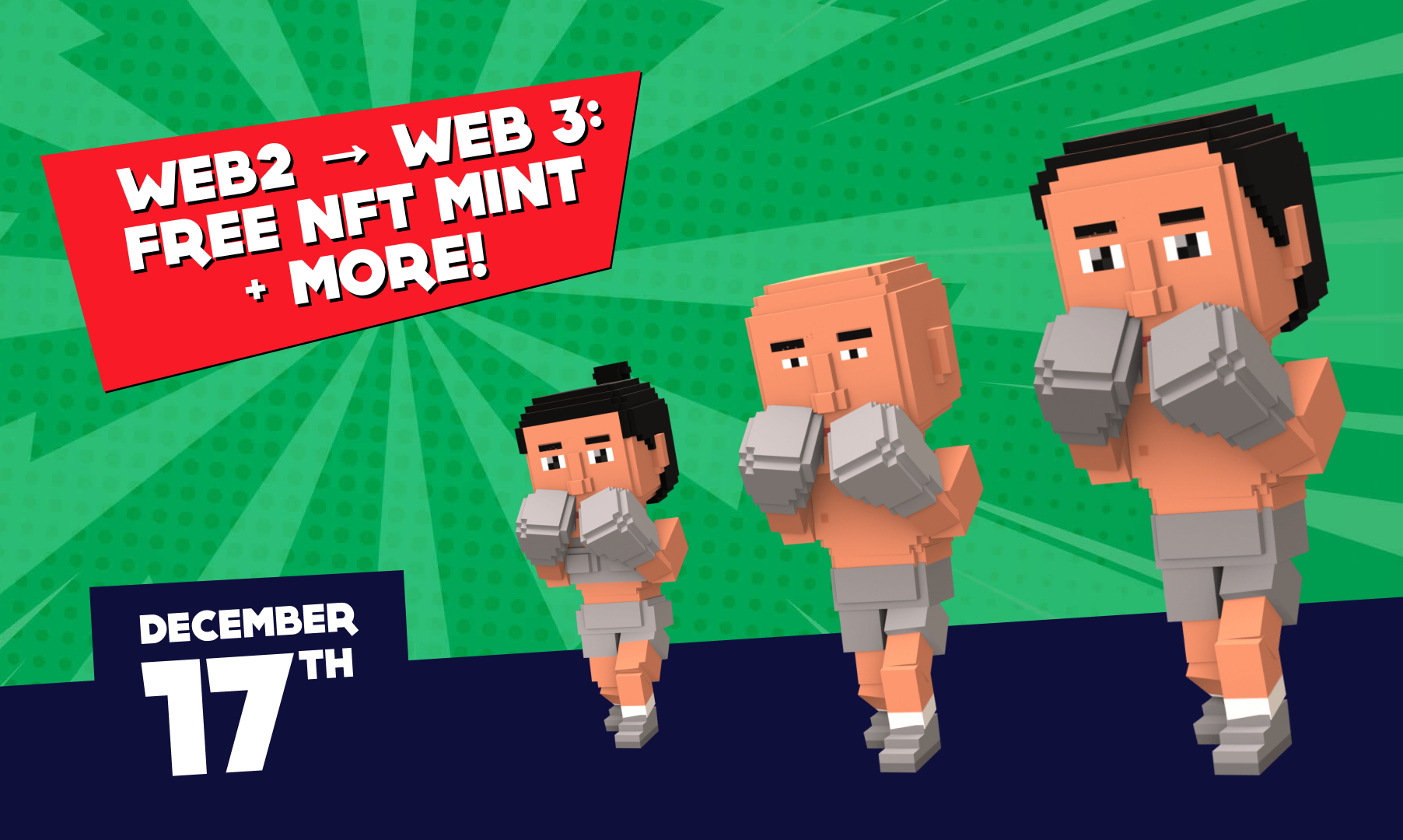 More players and better products. The one year mark of CFC forms new opportunities for growth and aims to bring more value to and with the community. 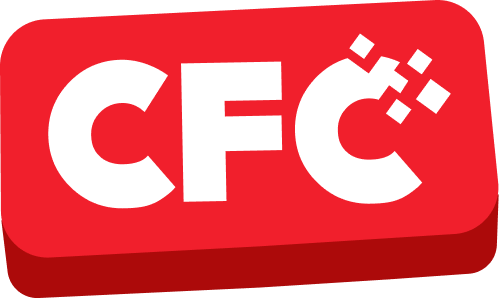