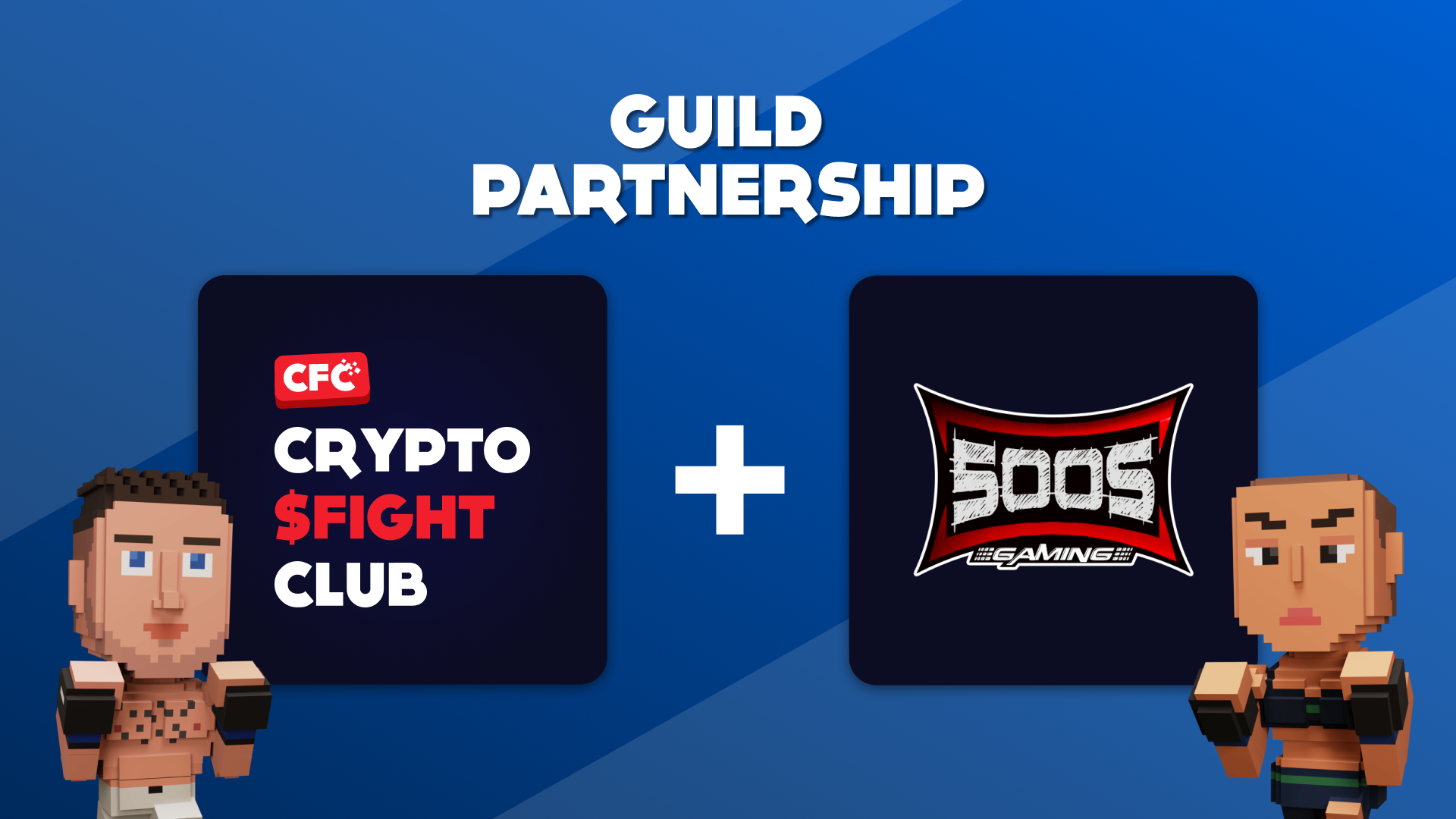 Crypto Fight Club has secured a second guild partnership as it moves to collaborate with the experienced gamers and investors among the ranks of 500S.

With founders from Europe and most of its scholars hailing from the Philippines, 500S boasts global reach and has seen substantial success working with lending functions on a range of games including Axie Infinity.

This follows the launch of Crypto Fight Club’s lending/borrowing function to allow those without an NFT fighter the chance to participate in an industry-leading mini-game, Chicken Run, with higher token rewards for time spent than any competitor.

Every lending arrangement is fully automated with a smart contract and allows the terms on loan duration and profit split to be completely customized.

The 500S Founder, known by the tag AG said: “500S is a decentralized gaming community that creates opportunities beyond scholarships.

“We will continue to partner up with blockchain gaming leaders such as Crypto Fight Club to unlock new possibilities for gamers.”

With over 100 scholars under management, the guild has seen explosive growth over the past six months. They now seek to realize the future of crypto gaming and make the dream of gamers come true by turning a hobby into a reliable stream of income.

He continues: “This is for gamers who have the time to participate and skill to compete, while not necessarily having the capital to get started by minting their own NFTs.”

Now partnered with both ASL and 500S guilds, Crypto Fight Club projects the remaining 800 or so NFTs will be minted at pace as investors and scholars alike experience a play-to-earn game with unrivaled token rewards.

In anticipation of the imminent release of a second mini-game, Fight the Bear, players can expect to gain more value from their NFT fighter as the roadmap is fulfilled. A PvP mode will be released at a later date and promises even more satisfying gameplay on top of token rewards.

To celebrate the onboarding of two guilds there will be a giveaway of NFTs and FIGHT tokens in the upcoming AMA set to take place on Saturday at 9am UTC:

In total we are giving away $200 worth of FIGHT and 5 NFTs. So ask us something good that we haven't heard before and you'll be in with a chance.

Follow along on the simultaneous AMAs on Twitter and the official 500S Discord and bring us your best questions!