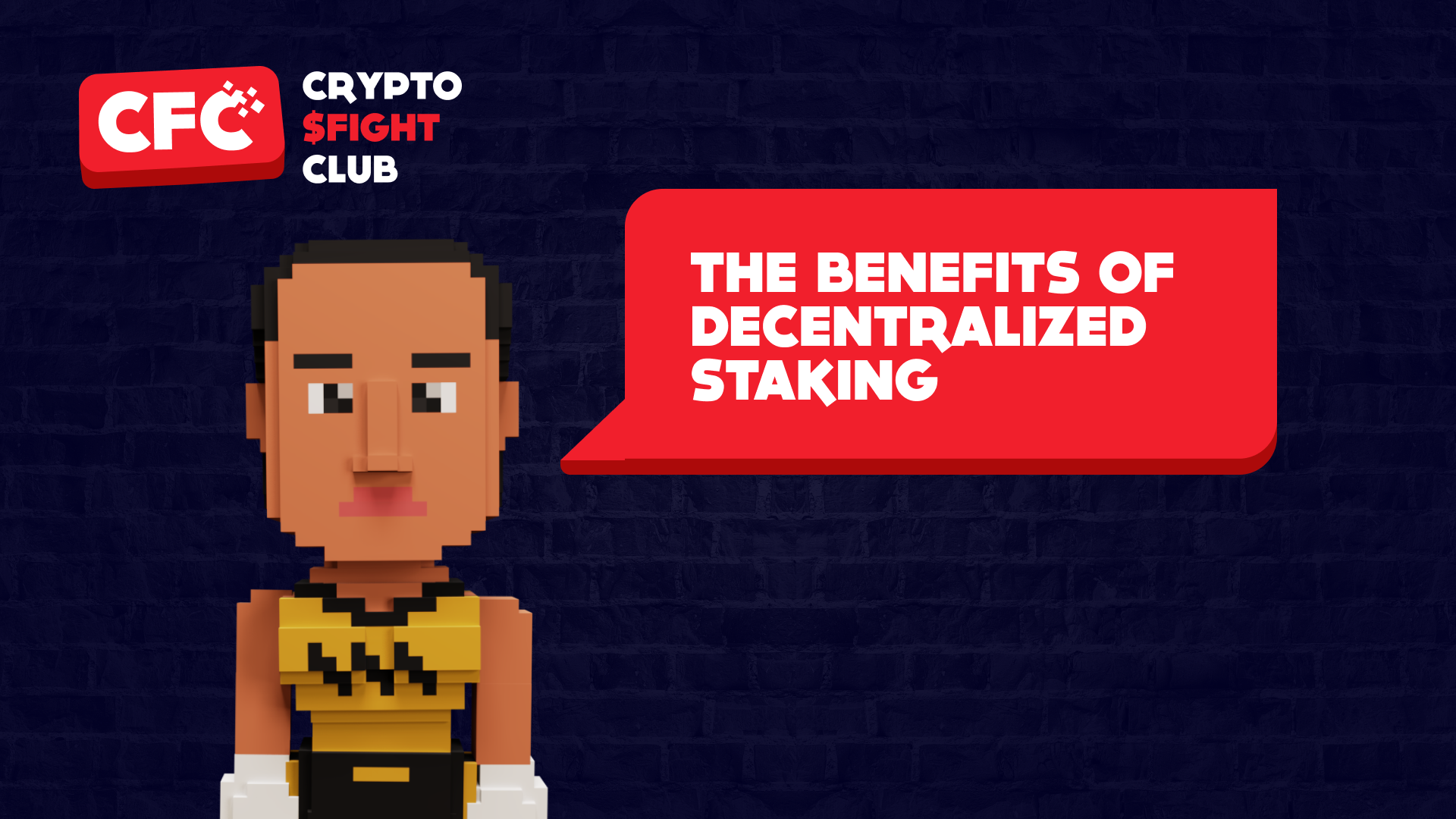 The benefits of decentralized staking

Staking provides a solution to the high energy demands of proof-of-work. It instead uses a function known as proof-of-stake, to incentivize a liquid economy of tokens where users are motivated to put their holdings back into circulation with the promise of rewards later on.

To examine why decentralized staking goes a step further to democratizing the process, it’s important to first understand the pitfalls of staking controlled by a centralized body. In an ideal world, most cryptocurrencies that enter the mainstream will be as decentralized as possible.

When control comes from the center

Trust is a crucial part of any cryptocurrency: can the creators be trusted to keep their coins rather than attempt a rug pull, where do they intend to profit and are newly minted tokens going to the right places?

A centralized staking pool fails to alleviate concerns such as these. It’s even worse when the platform itself profits from the staking pool; in essence, taking money directly from the pockets of the participants.

There is also a central point of failure which creates unnecessary risk, leaving those who hold and stake vulnerable to hacks. While the staking pool is centralized and thus under the control of the platform, an opportunity arises for bad actors to disrupt the whole economy by gaining access to the wallets responsible for the staking process.

Why decentralized works better for you

Two features of decentralized staking make it particularly well-suited for the implementation of a fair, safe and reliable staking mechanism.

First, newly minted tokens do not belong to the platform nor are they ever in possession of a central wallet. They are released at a set rate per year directly into the wallets of stakers and are never in company hands, with the upshot that it reduces points of vulnerability and fosters trust in the system.

Another aspect is it provides stakers with reliable returns. Staking is out of the hands of the platform with a finite pool of newly minted tokens to be given as rewards. Since users know exactly how many tokens are to be released in a year, they can choose to stake an amount which will give them the desired APY and allocate the rest of their tokens as they see fit.

It’s not about how early you get in

One of the main tenets of decentralized staking is its ability to provide stable APYs and encourage users to stake no matter how early they get into the staking pool. Success is measured by the year with no in-built mechanism for exponential APY growth, as the pool is dependent on the number of those staking in reference to the total supply set aside for that year.

Simply put, the longer you hold a stake the more you will get, irrespective of when you first staked. The incentive for staking is always there while the user is the driving force and focal point of the collective pool rather than a mere participant in a centrally controlled pool.

Novel approaches to platforms can grow from this. For example, if a stake is tied to an NFT then there is the option to sell the NFT for a price which includes the interest accrued so far and thus evade any penalty they may be subject to if the stake is broken prematurely.