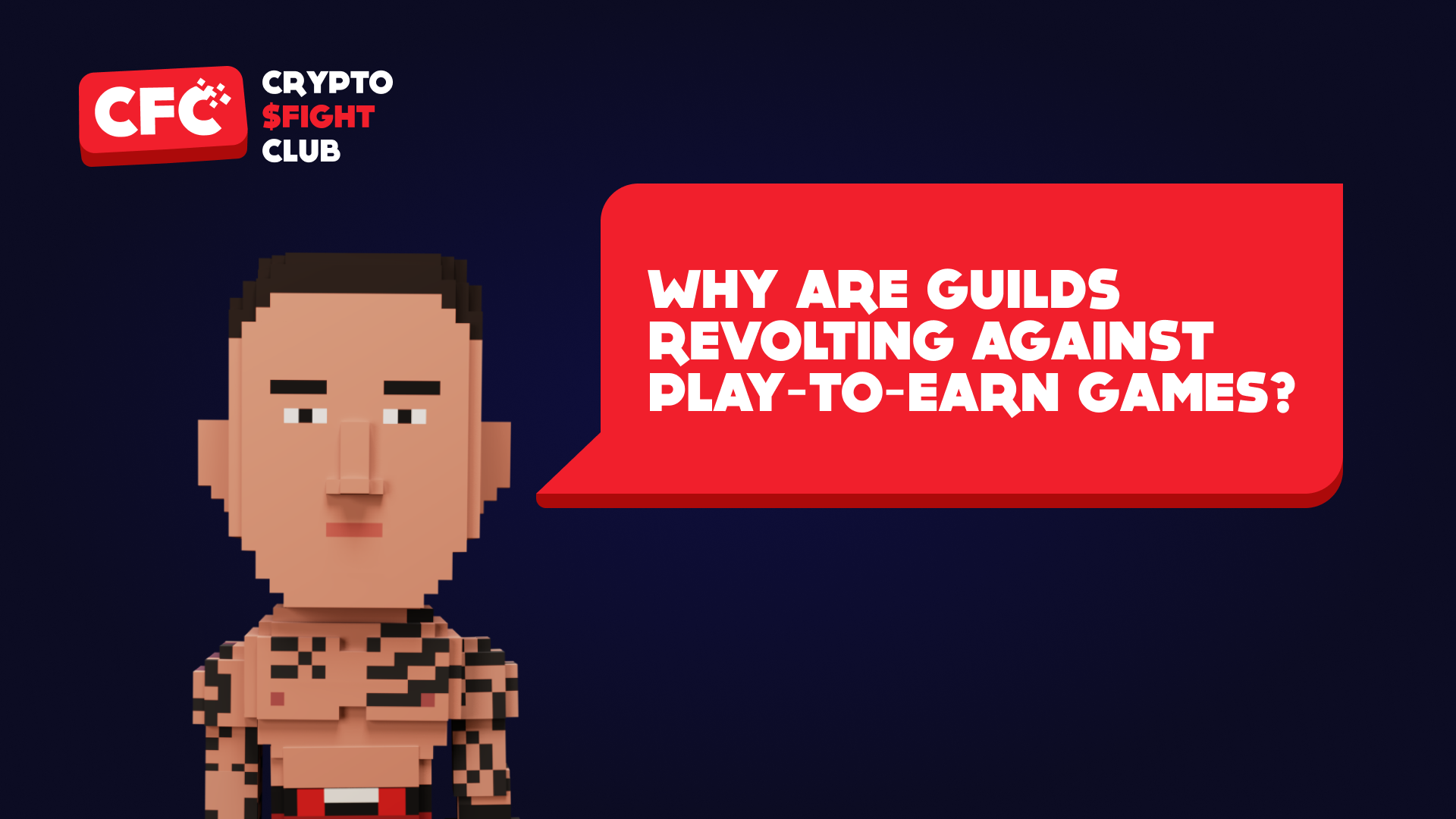 Why Are Guilds Revolting Against Play-to-Earn Games?

Play-to-earn crypto games have a saturation problem. Perhaps the prime case of this is a certain game which was meant to be an industry-leading example of how gaming could work on the blockchain.

The proliferation of crypto gaming guilds, made up of investors, gamers and managers, has facilitated explosive growth by lending out NFTs for thousands of prospective gamers to play and earn. The NFT holder gets a cut, ensuring they secure the bag, while those who can’t afford to buy into the game get paid.

This game we-will-not-mention was launched by a Vietnamese developer and helped the company reach a $3bn valuation at its peak, proving initial success in the model. So what went wrong?

A Lack of Sustainable Value

Guilds have been instrumental in helping to organize various scholarship systems.

It was a match made in heaven, or so it seemed. If the barrier to entry was $1,000, scholarships opened up access to many people who could earn a good income relative to their country’s average wage.

But a fundamental problem remained and has only recently been exposed as a major issue. Many of these games rely on constant growth to keep running with inflation built into the mechanics. A huge problem arises when it becomes clear that most actions on the platform generate more tokens rather than taking them out of supply.

Today, potential scholars are hesitant to play some of the top games as the money simply isn’t as good as it used to be. NFT holders are struggling to find willing scholars and their assets are depreciating in value. This could spell big trouble for the flagship play-to-earn game.

What Are Guilds Looking For?

For a play-to-earn game in crypto to work, there can’t be the money-printing frenzy as seen in other games. Instead, tokens should be more consistently burned in order to retain equilibrium in the game economy.

There is a fine line between rewarding gamers for playing the game (and being successful at it) and flooding the market with tokens leading to a drop or even crash in value.

Crypto Fight Club uses a set rate of inflation and forces a prospective player to burn 2,000 FIGHT in order to mint an NFT. Staking is rewarded from the inflation pool and further incentivizes token holders to lock up crypto for a substantial period of time.

And the fact is, guilds know a good thing when they see one following experience gained over four years of crypto gaming. Once decision makers take the leap to a new game, many others follow.

We live in a probable bear market situation. Investment isn’t exactly flying into new projects. But, initial outreach to guilds has been positive and led to the minting of nearly 1,000 NFTs.

Watch this space for a lending program - similar to scholarships - which will prove crypto play-to-earn gaming can be both sustainable and rewarding.