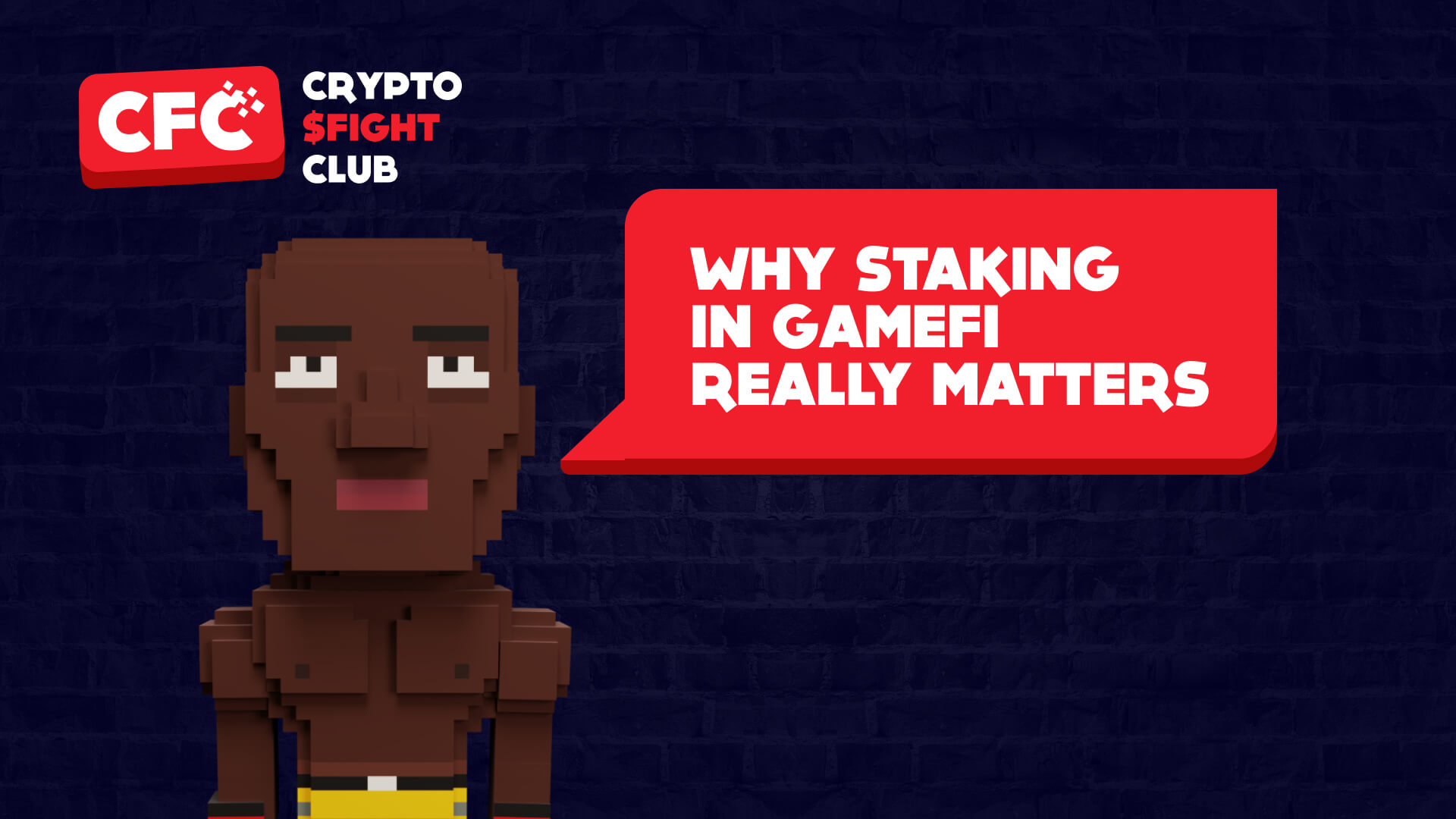 Why staking in GameFi really matters

The act of staking in GameFi acts as a foundation for the economy of any given game and unlocks a world of transactions. It can be leveraged to emulate systems of currency we see in every country in the world. Except this time it’s global.

Is staking really that important? The simple answer is, yes. Money needs to circulate and retain liquidity to be useful and staking encourages this by rewarding stakers with more tokens. By providing incentives for players to stake more tokens for longer periods, games can organically grow a thriving economy with extra benefits for its most committed or active players.

In-built mechanisms designed to encourage players to delay rewards for a higher payout allows for more of the blockchain to be verified while it also works to ensure players keep skin in the game. When you stake, waiting is the name of the game and the result is even more tokens.

These rewards are versatile according to the player’s own view of how to boost their profile. From statistical improvements on an NFT, the ability to purchase more NFTs or just the opportunity to obtain more of the in-game currency for other upgrades.

Staking can take several forms and provides a wide variety of ways for players to enhance their gaming experience and even better their chances of success in-game. What follows from this is a player with more tokens to reinvest in the game which creates a snowball effect.

The freedom to “unstake”

You’ve not lost your tokens once you stake them. Key to the performance of this economy is that the tokens never leave your possession and are instead locked away inside of a wallet YOU possess. Even if the expiry date hasn’t been met of the staking period, these lock-ups should have the ability to be retrieved early (but there is a price to pay). As long as you are the sole proprietor making decisions with your tokens, you make the most out of this lock-up period.

What this means is that the tokens still belong to the player before the staking period ends and they can recoup them at any time, though they will sacrifice potential gains in the process. An advantage here is that players keep the freedom to reinvest tokens as they see fit rather than being locked into long-term stakes without being able to change their strategy.

An economy dependent on staking

A dynamic gaming economy can thrive upon such a model and leaves players with choices to make, whether to maximize their financial gains or their ability to succeed in the game. This in turn improves their chances of increasing returns as they hone and develop their NFTs.

Digital assets go hand in hand with staking as players are faced with a choice between investing in their NFTs or staking to take their tokens out of circulation in the pursuit of profit.

This is intrinsically linked to the player’s own experience: they may profit from staking, but could possibly gain even more by playing the game. In theory, there will be incentives to do both as users are faced with a choice between a safe bet and a more risky approach.