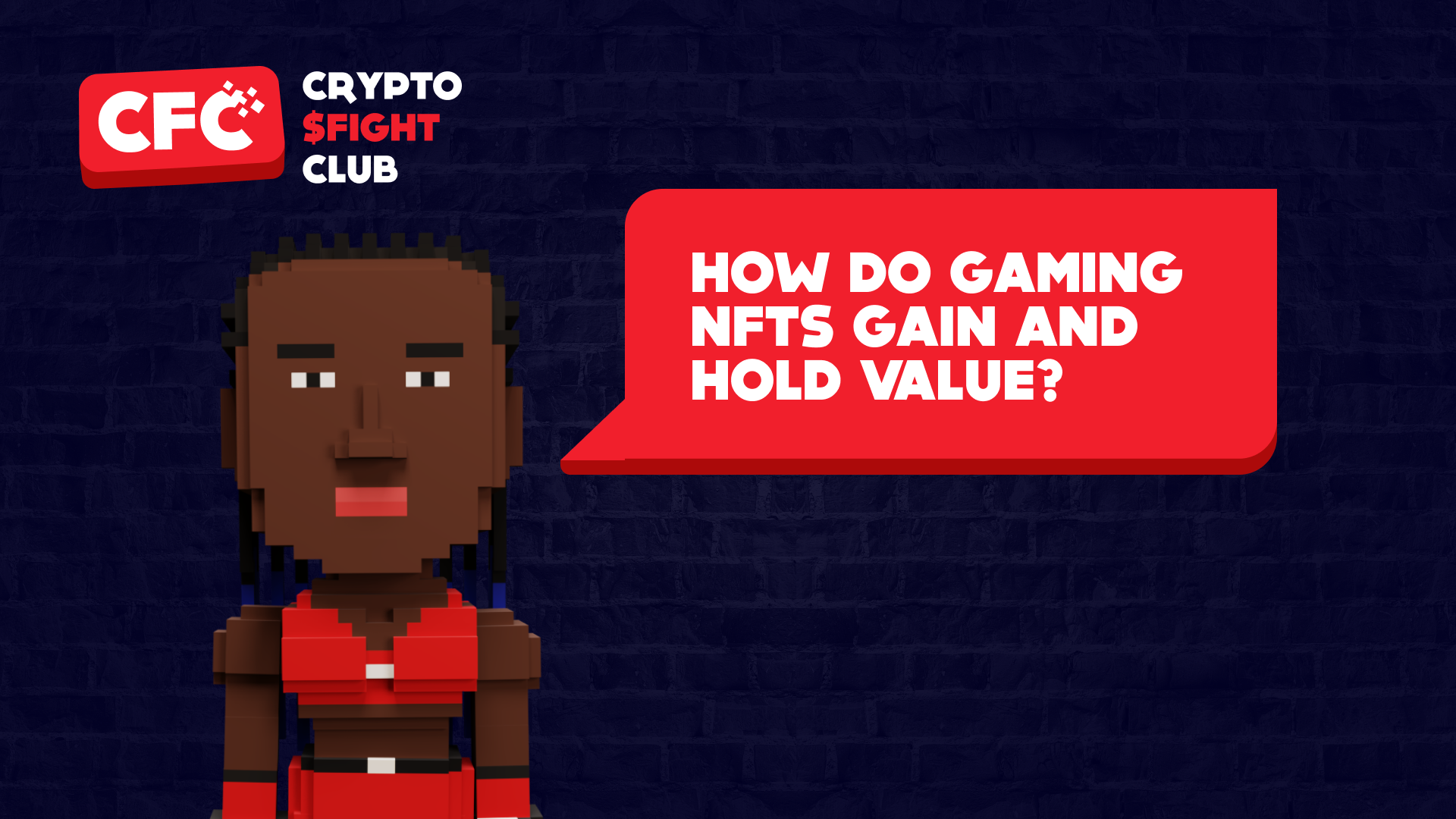 How do gaming NFTs gain and hold value?

NFTs have seen a surge in interest and popularity in the crypto world and are lauded for an ability to hold and gain value. However, many remain cynical as to the true worth of artworks on the blockchain and you will often see the joke: “I just right-clicked and saved your NFT”.

This is where gaming NFTs can shine. While in principle the idea is the same, on a gaming platform you own NFTs which are essential for gameplay and will improve the experience. There is little point in downloading the sprite of an NFT character when you are unable to use it.

Where you actually own items

Steam is a prime example of a platform where you can customize through in-game items and modify your appearance. But these items never actually belong to you and can be swiftly taken away should Steam decide you are a cheater or otherwise a bad actor.

An appetite for in-game cosmetic items will always be there and NFTs in gaming allows for an environment where these belong to the player on their private wallet.

Furthermore, items which actually enhance the gaming experience and increase the chance of success can also take NFT form. Now in current models used by many developers, this would lead to a play-to-win environment. But with blockchain, there is a reduced incentive for the platform to do this: with no profit to be made off the acquisition of in-game items, a thriving economy independent of the central platform can proliferate.

The scarcity of characters

Similarly to in-game items, NFT characters can unlock new possibilities for players although this depends on how they are distributed. Scarcity is key to the value of any NFT, so a random drop is the fairest way to ensure everyone has an equal chance to gain a rare character.

Key to good game design is the opportunity for players to win using hard work and skill, even if they are starting off with a common character with lower stats. The ability to upgrade your character is paramount, as is the use of in-game items to improve your stats.

A staking model with rewards of both tokens and statistical increases on an NFT character creates a fluid model, whereby players are heavily incentivized to put currency back into circulation and at the same time see their NFT rise in value: both in-game and on the marketplace.

When it comes to using NFTs as a store of value with the hope of future increases, gaming is unrivalled in its potential. If you get in early and a large player base quickly grows there will be exponential gains on an NFT.

If you get in late but just so happen to trade well, or get lucky with your in-game item or character NFT drops, there is also plenty of room for gains. If all else fails, you can play the game as intended and earn tokens that way, using acumen and savvy gameplay to rise to the top.

A successful game will see its native NFTs always hold value, if not increase over time. This is because these NFTs are used for something tangible and are vital to the players’ continued participation in the game. There is no risk of artificial inflation or unsustainable gains: simply a player-driven free market of NFTs where value is tied to the game itself.